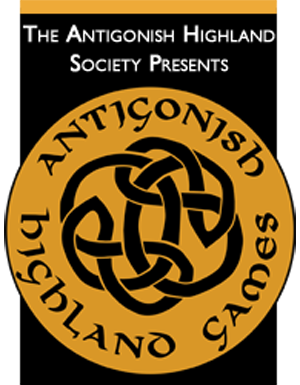 If you’re at all competitive, you’d do well to attend the Antigonish Highland Games. The athletics go well beyond the usual heavy events and include the Cape George Bike Race, a five-mile road-running race, an elite mile run, and track and field. The emphasis on athletics isn’t surprising given that 151 years ago, the games began primarily as a local competition with traditional Scottish athletic events. The games’ executive director, Matthew Doherty, also notes, “Only men were allowed to compete!”

Since then, of course, the games have evolved. Today, more than 10,000 spectators crowd into Antigonish for the games. To be sure, Doherty points out that the games is one of the largest socio-economic events for the Northumberland shore region of northern Nova Scotia. People come not only from Halifax and Truro, but from all across Eastern Canada and the north-eastern United States. “It has become a real homecoming event for people from the Antigonish area,” Doherty says.

Far more than sports take place at the games. Hundreds of Scottish Highland dancing competitors will attend, and the crowning of the Nova Scotia provincial pipe band champions will take place. Also up for grabs are hundreds of individual piping and drumming awards. In the evenings, the Ceilidh stage will come alive with local talent.

Doherty recalls his first time at the Highland games when he was 19 years old, and when the former track and field athlete competed in his first heavy event. He’d been watching such events on television since he was nine, and was curious about competing in them. Now Doherty competes on the international circuit.

He invites everyone to experience the games for themselves, “You certainly don’t have to be Scottish to enjoy the festival. The Antigonish Highland Games continue to evolve in an ever-changing world, maintaining a world-renowned reputation for authenticity, attention to detail and hospitality.”