Belfast; A Tale of Two Taxis 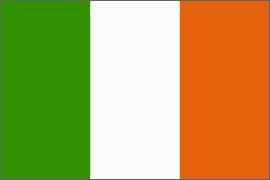 I must be mad, flying into Northern Ireland on St. Patrick’s Day.

My new found flying companions concur; a young woman returning home after two years away “because there’s more work here now than in Canada or the U.S.”; an investor from Silicon Valley excited by Belfast’s new ‘knowledge economy’; and a middle-age couple from Louisiana, touring the Ulster capital “just because it sounds like an amazing place to visit.”

“All of you would be correct,” smiles my driver Damien, lifting my over-stuffed suitcase into the trunk of his taxi. “Especially the bit about you being crazy about coming here on St. Patrick’s Day.”

It has been 25 years since my last visit to Northern Ireland, and on the 25 minute drive to my hotel everything seems so familiar – and not. A light mist sits atop the lush green of passing fields and hills – just as it did all those days ago. The stone homes, surrounded by rock walls, haven’t moved – some for hundreds of years. The distant smokestacks of industry still pepper the horizon. And yet, there is something different about this place – I can feel it.

“Belfast is a city in transition,” says Damien, who moved to the countryside north of the city with his wife and children over two decades ago. “There’s been massive changes since you were last here. You won’t recognize it.”

I ask him to elaborate.

“Well, for one thing, the economy is better. There are jobs here today – good jobs. The unemployment rate has fallen to 7%. That’s half of what it is south of the border (in the Republic).”

Indeed, while the shipyards and linen mills have all but stopped producing their world-famous fare, a host of other industries are filling the labour void: IT, biotech, pharmaceuticals, financial services, tourism, hospitality, and the arts.

In other words, Belfast is catching up to compete with cities like Dublin, Dubai and Seattle.

“We’re not there just yet,” he sighs, “but at least we’re not shooting ourselves in the foot anymore.”

I inquire about the young people.

“They’re staying. In fact, more and more of them are coming home. And we’re getting lots of young workers coming over from Europe as well; Poles, Czechs, Spaniards, Greeks, Italians, and even from as far away as South America, the Middle East and Africa. “

I notice a bevy of nu-restaurants wedged between traditional Irish pubs as we zigzag through North Belfast: Lebanese, Thai, Ethiopian, Persian – it is a multi-cultural, culinary mecca.

After he drops me at my hotel in the Cathedral Quarter, I shower, shave, grab breakfast and flashback to my previous visit: the military presence, the blockades, and the terse, tense steps of local residents.

“All gone,” notes my second cabbie, Billy, who will be touring me across the city for the next two hours.

Sure enough, I watch as pedestrians stroll casually past bustling businesses, some stopping to enjoy the few minutes of sunshine at an outdoor terrace. The weather is mild, spring-like, and there is a noticeable spring in people’s strides.

“Well,” he clears his throat as we make our way past the picturesque Queen’s University and out towards small inner-city suburb of Shankill, “almost all gone.”

Long a Protestant stronghold, the Shankill looks as it did a quarter-century ago, with painted Unionist propaganda plastered across crumbling walls, including homages to the fallen and martyred.

Likewise, the nearby Falls Road district sports similar colours, though for the other, Catholic team.

“These two communities are the exception rather than the rule today,” explains Billy, noting the 1998 Good Friday Peace Accord as a last call for the 300 year-old troubles. “Most parts of Belfast are fully-mixed, and the ratio of Catholics to Protestants is now almost even for the first time in the city’s history. We’re seeing a real swing in political and economic power.

“Sure we still get a few little skirmishes here and there,” he acknowledges, “old habits, and hatreds, die hard right? But even when they took down the Unionist flag from city hall last year, it didn’t rock the boat like it would have a generation ago.”

I ask Billy about the young people.

“Ahhh,” he says. “They don’t care about that shite – they just want to get on with their lives. With the Internet, all the travelling about that they do, going to school and trying to get a good job for themselves, they simply don’t have the time for it.

It’s the older folks – the ones that dig out their bowler hats, sashes, and drums each July, the ones that romantically recall their valiant battles and hunger strikes – they’re the ones who won’t let go. But the reality is most of those people are getting on in years and are dying off.

“Still, the transition isn’t going to happen overnight,” he concludes. “These divisions are three centuries old, and we’re still a long way off from even considering the idea of reunification. We’re not there just yet, but at least we’re not shooting ourselves in the foot anymore.”

As we pull up to my hotel, Billy points to the throngs of young people out to celebrate St. Patrick’s Day, many of whom are waving the Irish flag.

“The Tricolor,” he notes with a smile. “Green on one side, orange on the other, and the white of peace in the middle.”

Read more from Belfast tomorrow. And be sure to follow our Facebook page for regular updates from Northern Ireland over the coming week.