Belfast; Everything Old is New Again 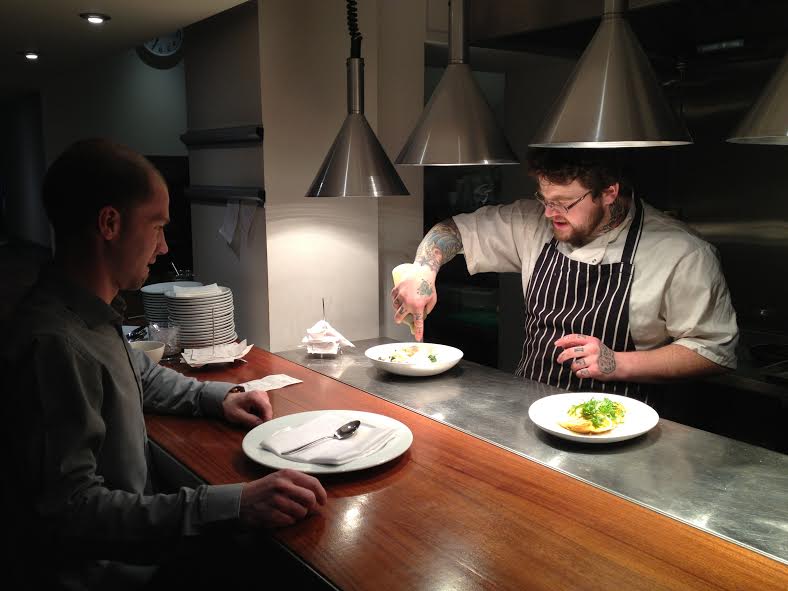 Looking to its past to build its future, Belfast emerges from the shadows with a dazzling display of reinvention.

The grey is ever-present this time of the year, but the locals are used to the low-lying clouds and slight drizzle. Umbrellas are never out of reach, and stylish raincoats are sold in every corner store.

“There is a sun up there somewhere,” laughs local historian Neil MacKinnon. “I’ve seen it before, so I know it exists. This time of year it doesn’t show itself much though.”

A life-long resident of Belfast, Mackinnon has seen some dark days in his 57 years.

“I don’t know anyone who wasn’t touched by the Troubles,” he shares over coffee. “It hung over this place like a black cloud for generations. For a long while, it was all you heard about. It seemed like the only news to come out of Northern Ireland was bad news.”

“The truth is, there’s more to our back-story than just that stuff,” he continues. “Much more. We have a tremendous heritage and history here that has too-often been overshadowed by the conflict. Now that things have stabilized politically, those stories are emerging from the shadows.”

Instead of hiding from its past, however, Belfast is learning to embrace it.

“Spend a few hours walking around the city and check out all of the renovations underway. The cranes are everywhere, and reconstruction is moving forward night and day. Everything old is becoming new again.”

Indeed, there are many examples to support MacKinnon’s claim.

The historic waterfront, home to the world-renown Harland & Wolff shipyards – birthplace of the Titanic – has enjoyed a resurgence in recent years, with an array of amazing attractions, including the Titanic Museum, Titanic Studios (HBO’s Game of Thrones is created there) and several other public and private sector initiatives.

The port now also welcomes more than 60 cruise-ships each year, creating and sustaining thousands of new jobs in the tourism sector and pouring millions of dollars into the local coffers annually.

The hospitality sector has reinvested their money by turning aging heritage buildings into high-end hotels.

A 260 year-old foundry in the heart of the Cathedral Quarter has been transformed into the cutting-edge eatery Hadskis, where owner Niall McKenna and his culinary crew are cooking up contemporary cuisine using traditional, local produce.

A long-dormant linen and textile industry is being reimagined by an army of young fashion designers, led by like David Henderson and his avant-garde collective unifyni.com.

“60% of our population is under the age of 40,” says Bill Montgomery, Director of International Investment for Invest Northern Ireland. “These young people are creative and critical thinkers, many of whom are leaders and innovators in their respective fields.”

Montgomery points to his country’s education system for the knowledge surge.

“We have two world-class universities right here in Belfast, and our high-school students consistently score the highest in the UK.”

That skill and talent is very attractive to foreign companies looking to invest their time and money in the capital city.

“We have the people and the place,” smiles Montgomery, “now only if we could get past our conservative nature and tell the rest of the world about it.”

Neil MacKinnon doesn’t think that will be an issue with the younger generations.

“Some of them are pretty brash and bold,” he chuckles. “They are global citizens and they are tech-savvy – they know how to get the word out there.”

Time will tell if the world is listening, but MacKinnon believes that the future of Belfast is in good hands.

“These kids haven’t forgotten where they come from, but they won’t let it stand in their way either. They are the bridge between yesterday and tomorrow, and they are a real gift – maybe that’s why we call their generation the present.

“Now if they could only do something about this weather…”