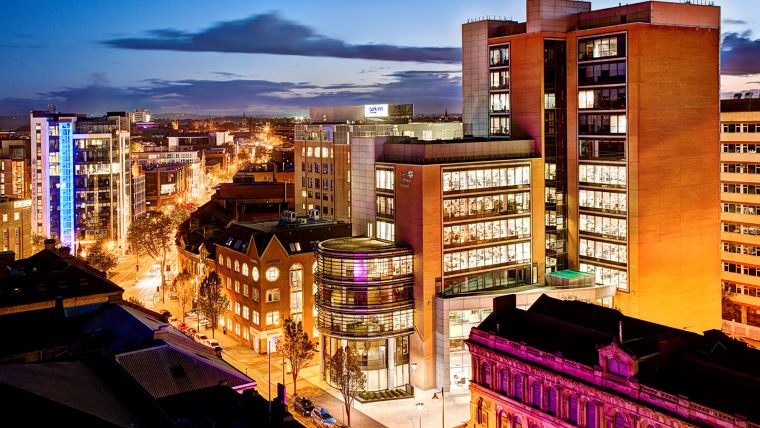 Well, it is written in the wind
For the story to begin
I will go back to my kin across the sea
And the bird that is on the wing and is flying free
He can hear the song of home endlessly

The final scene of Kenneth Branagh’s 2021 cinematic masterpiece Belfast might be one of the most moving and memorable moments in modern movie making; after Granny (Judi Dench) says goodbye to her son (Jaime Dorman), his wife (Catriona Balfe), and their children (Jude Hill, Lewis McAskie) as they board a bus bound for a new life across the water, she walks home, stopping to take one last, lingering look. As the film fades to black, words appear on the screen;

Perhaps an epitaph for the past, or a eulogy for troubled times, Branaghs’s black and white coming-of-age tale – which is set in the late 1960s – is both an homage to his hometown and one last, lingering look over his shoulder. 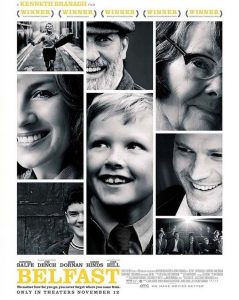 And though the film has garnered great popular and critical acclaim since its release last November (including an Oscar for Best Original Screenplay), the director – who grew up in the city’s Tigers Bay area as the son of working-class Protestant parents – has insisted in interviews that, while Belfast was a movie that he had to make, it was time for him to move on.

The implications towards the city’s residents were obvious – it is time to move on.

However, as much as Belfast – and all Northern Ireland – keeps one foot to the floor for the future, it has the other firmly planted in the past. As such, and instead of ignoring its history – or weeding it out altogether – the city of 500,000+ continues to bloom atop its rich and robust roots, reimagining and reinventing both its scenery and its storylines.

Nowhere is this re-envisioning more evident than in the Belfast’s famed Linen Quarter.

Situated just south of City Hall, only a few blocks from both railyards and shipyards, the heritage district was the hub of the world’s garment industry from the late-1700s to the mid-1900s. After WWII, rising costs, the advent of synthetic materials, and foreign competition signalled a period of decline. In recent years, however, the area has undergone an overhaul as new industries (technology, financial services, etc.) have taken over and refit the aging brick-and-mortar buildings, giving them – and the city – a much-needed facelift and, thus, a lift in faith.

As a result – and aided by the 1998 Good Friday Agreement that ended decades of sectarian division – the once-wilting borough has blossomed into a major global business destination over the last twenty-plus years, boosting Belfast’s economy. In particular, both the city’s real estate and hospitality sectors have seen much-needed funds pour into housing, hotels, restaurants, pubs, shops, entertainment, events, and more.

“Everything used to just close right up around here during the summer months,” shares Bronagh Smith, manager of the casual/chic Meat Locker restaurant on Howard St. “In the past 20 years or so – even during COVID-19 – the streets have been filled with people. And not just tourists, students, and workers from other countries, but many Irish from other counties as well.” 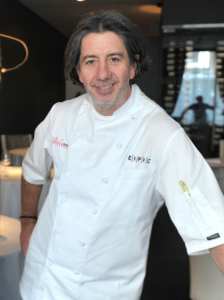 “We have come a long way, quite quickly,” notes Deane, who returned home to Belfast in the mid-1990s and today owns and operates five eateries in the city, including the Michelin-starred Eipic. “At one time it was all just fish ‘n’ chips, but now we have an incredible variety of world-class cuisine, much of which is produced locally. And, as eaters have upped their standards and demands, we have had to up our game also.

“Yes, we still have a way to go,” he admits, “both with our culinary offerings and as a city in general. However, at least now we are moving in the right direction.” ~ Story by Stephen Patrick Clare