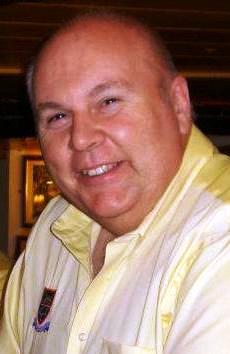 In a country with a long and rich history of male choirs, Bois Goetre-Hen a’r Cylch is a relative newcomer. Though is it only six years old, however, the group already has more than 120 performances to its credit. From teenagers to octogenarians, members come from all over County Borough of Bridgend and the surrounding areas, and from all walks of life. That diversity is also reflected in their repertoire, which ranges from Calon Lan – a Welsh hymn dating back to the 19th century – to songs by U.K. rockers Coldplay.

For Richard Howells, one of the ensembles founding members, the choir offers the perfect balance between challenge and chilling-out at the end of a busy work week.

Raised in the coal mining town of Maesteg in the Llynfi Valley of South Wales, Howells grew up with an abiding passion for music. He was equally interested in all manner of sports, including cricket, football, rugby, tennis, golf and darts. Choir music, he notes, offers the same camaraderie as sport.

“A close friend once said being part of the choir is like rugby without the bruises, and it so true.”

The choir performs frequently in Wales and throughout Britain, and in 2014 toured Brittany in northwest France.

“I have an eclectic taste in music, so being part of the choir allows me an opportunity to sing different kinds of music,” says Howells. “Added to this, I get to be around others who share in my interest in music. Singing is a wonderful release, and an ideal opportunity to express thoughts and feelings.”

He adds that sharing that love for singing with audiences is an essential element of what they do.

“Enthusiasm and passion are fundamental, and they are the vital ingredients to any performance.”

Howells is also an executive member of the Welsh Association of Male Choirs, which organizes massed choral events. Formed over 50 years ago, the association boasts 67 members in the country, as well as 13 in England and three overseas. As well, he represents the male choirs of West Wales on Ty Cerdd, a major arts organization housed in the country’s Millennium Centre in Cardiff.

He explains that Wales is an officially bilingual country, where authentic Celtic culture still prevails in language and everyday life.

“Incredibly, for many years the teaching of Welsh history, culture and language was censored or even banned. Thankfully, that has improved in recent times, but we must never be too smug.”

He contends that his heritage has helped to mould both him and his music.

“Being a Cymro (Welshman) is part of my roots, part of who I am. In fact, it very much shapes and defines me personally. One can never deny their birthright or believe it has no impact on their life – passion and patriotism drive us. Sometimes that is good and sometimes not, but at least we feel and we love.”

Howells points to festivals such as The National Eisteddfod of Wales, and the Welsh Language Youth Festival, and wonders whether or not Wales gets its fair share of attention from those with an interest in Celtic language, culture and music.

“The success of these festivals demonstrates that Celtic culture is not only about bygone years, but is very much alive in our communities. Wales is doing more now than in the past, not only to preserve, but to educate the world about who we are, and to share our remarkable history and culture.”