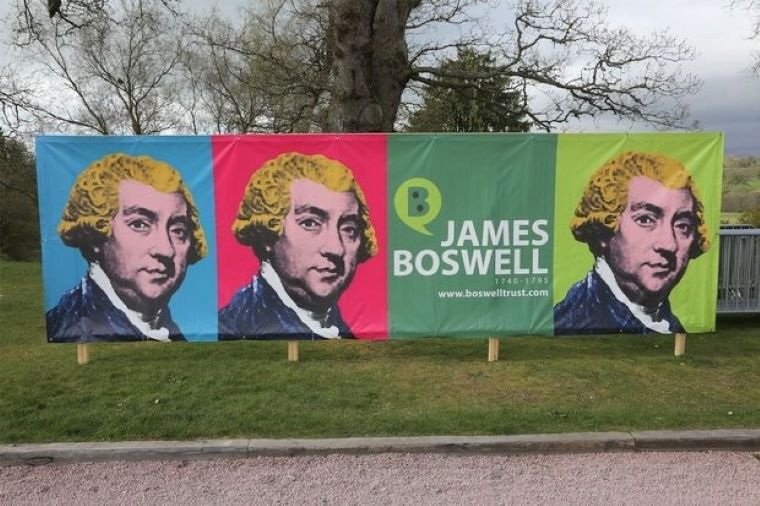 The world’s only book festival dedicated to biography and memoir goes global with its first virtual edition.  A new website allows audiences to register for events as they are announced.

“We are excited at the prospect of a festival without geographical boundaries” says director Caroline Knox “that will allow new partnerships and previously unimagined exchanges of ideas.”

Named in honour of Ayrshire’s James Boswell, the inventor of modern biography, Knox has reached out to some of the greatest biographers and memoirists from across the globe, including the Pulitzer prize-winning historian Fredrik Logevall, who will be talking about his acclaimed volume on JFK’s early life, described by one critic as a “revelatory biography of the iconic, yet still elusive, thirty-fifth president.”

Amongst other speakers already confirmed for June is the indomitable Lady Anne Glenconner who, in conversation with Royal expert Hugo Vickers, will share her extraordinary life as revealed in her captivating memoir Lady In Waiting. While Charlie Gilmour, adopted son of Pink Floyd’s David Gilmour, talks of father-son relationships, prison life and how a fledgling magpie saved him.

All human (and bird) life will be aired at the festival with each day’s events, chaired by Scottish authors, exploring different aspects of life writing: diaries, letters, biographies and memoirs as well as new digital forms such as podcasts, YouTube and blogs.

The day dedicated to diary writing will range from Simon Heffer on editing the unexpurgated diaries of 1930s politician and socialite, Chips Channon, to Kapka Kassabova, born in Bulgaria, now living in the Highlands, who keeps a diary in two languages on her journeys. She will be in conversation with adventurer, politician and journal keeper, Rory Stewart, equally at home writing about his great walk across Central Asia as he is about exploring the borderlands between Scotland and England. 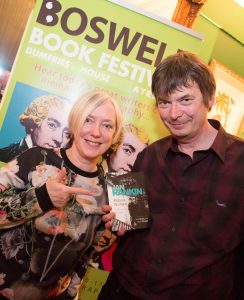 Side events will include readings from Boswell’s own frank and confessional journals, wine tastings and short films shining the light on the art of portraiture as another form of biography.  A series of masterclasses will encourage people to start writing their own life stories in whatever form.

This year’s children’s festival will run over the course of the weekend for families at home and into the following week in schools. Curated by former Edinburgh International Book Festival Programme Director, Janet Smyth, the performances, talks and workshops will tell the stories of inspiring lives, past and present, and explore ways for young audiences to find ways to tell their own stories.

“Without our unique setting of Dumfries House this year” says Knox, “our challenge is to make the Boswell Book Festival stand out as an original and exciting on-line festival to be enjoyed by everyone, far and wide. I’m optimistic that our supporters over the last decade will find much to enjoy in the program and so too will those who for whatever reason have not been able to attend in previous years.”

To encourage as wide an audience as possible, all talks will be free although the audience is asked to make a donation to help finance the festival, which is run by a charity. Registration is now open on the Boswell Book Festival website. “Please spread the word” says Knox “for what promises to be a standout Boswellian occasion and join us from your deckchair, kitchen table, sofa or even a café to take part in this life-writing bonanza.”

The Boswell Book Festival started in 2011 and named after the Ayrshire writer James Boswell, the inventor of modern biography, the festival is staged by The Boswell Trust.  For the first few years the festival was staged at Auchinleck House, the Boswell family seat, and in 2013 moved to the larger Dumfries House.

James Boswell was born in 1740. He was educated at Edinburgh University followed by Glasgow University, where he attended the lectures of the great Enlightenment philosopher, Adam Smith. From the start was drawn to the pleasure-loving side of life.

His first visit to London at the age of 19 began a love affair with the city which never wavered. His charm, sensitivity and intelligence opened doors to the most brilliant men of the day, but the ultimate prize for Boswell was his friendship with the towering figure of Dr Samuel Johnson – compiler of the definitive dictionary of the English language and celebrated man of letters.

Boswell’s friendship led him to become Johnson’s biographer and the account of his life, published 222 years ago this May, has never been out of print. His Life of Johnson established him as the inventor of modern biography and has upheld his reputation as one of the most innovative writers of the Enlightenment. Boswell also ushered in the confessional memoir, which is so popular today. Nothing was omitted – including his innumerable sexual encounters, his battle with depression, his difficult relationship with his father, his frustrated political ambition and his life as a lawyer in the Scottish courts.