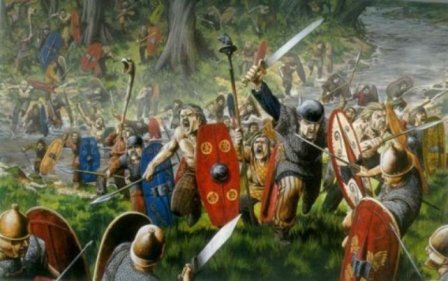 The line between Irish Legend and Irish Myth has often been blurred, especially as the retelling of heroic deeds has been passed on through generations.

Brian Boru – who died 1,000 years ago today – was no legend although his life deeds were legendary. He was very much a real man and was in fact the last great High King of Ireland and perhaps the greatest military leader the country has ever known.

Brian Boru was born Brian Mac Cennétig. His mother was sister to the mother of Conor, the King of Connaught.

His brother, Mahon, had become King of Munster in 951, upon the death of their father, Cennétig. Together they fought against the invading Norsemen, who had imposed taxes in Munster. This struggle eventually led to the murder of Mahon in 975 Mahon by the Ostermen (Norse). Brain avenged his brother’s death by killing the King of the Ostermen of Limerick, King Imar.

From this point onwards Brian held Munster as his own, including the pivotal trade-centre of Limerick. He marched into Connaught and Leinster and joined forces with Mael Sechnaill II in 997. Together they divided Ireland between them.

The Norse settlers in Dublin especially ranged against Brian but were defeated at Glen Mama where the King of Leinster was captured. The King of Dublin, Sitric Silkenbeard, was soon defeated too.

In 1002 Brian demanded of his comrade Mael Sechnaill that he recognize him as King of Ireland. Mael agreed, partially because many of his own people viewed Brian as a hero who had restored Ireland to greatness after the Viking invasions. The rule of the Uí Néill’s was thus at an end as a non-O’Neill was proclaimed as King. The O’Neill’s had been rulers for over 600 years.

He earned his name as ‘Brian of the Tributes’ (Brian Boru) by collecting tributes from the minor rulers of Ireland and used the monies raised to restore monasteries and libraries that had been destroyed during the invasions.

The Norsemen were not done yet however, and once more waged war on Brian Boru and his followers at Clontarf in Dublin on the 23rd April 1014. The King of Connaught, Tadhg O’ Conor refused to ally with Brian against the Ostermen although Uí Fiachrach Aidne and Uí Maine did join with him. Despite the lack of backing from the men of Connaught, the Munstermen won the day but lost Brian Boru in the battle. This battle was a major turning point as it finally subjugated the Norse presence in Ireland. The Norsemen henceforth would be considered subordinate to the Kingships of Ireland. Their military threat had been ended and they retreated to the urban centres of Dublin, Waterford, Limerick, Wexford, and Cork. They eventually became completely Hibernicised and became integrated into Gaelic culture. After his death and the death of one of his sons, his remaining sons, Tadg and Donnchad, were unable to assume the kingship which was assumed by Mael Sechnaill. He died in 1022 after which the role of High King of Ireland became more of a position in name only, rather than that of a powerful ruler.

Perhaps the best that should be said of Brian Boru therefore, is that he was the last great High King of Ireland.