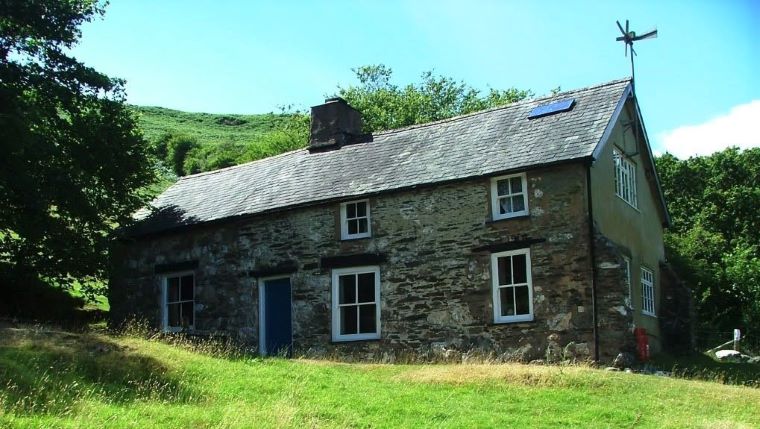 Then, just over 50 years ago, Led Zeppelin arrived, and transformed it into what some critics say is the most significant location in the history and development of rock music.

After two years of almost constant touring, by January 1970 the band were badly in need of a rest, and so singer Robert Plant suggested a cottage where he had holidayed as a child.

Bron Yr Aur had neither running water nor mains electricity, but three months later they had written ‘Led Zeppelin III’, an album so radically different that it would influence the rest of their career.

It was also during this time that guitarist Jimmy Page is reputed to have begun writing one of the band’s most iconic songs, Stairway to Heaven.

According to music journalist Jonathan Wingate, Led Zeppelin III’s “folky” feel could only have been created at somewhere like Bron Yr Aur. 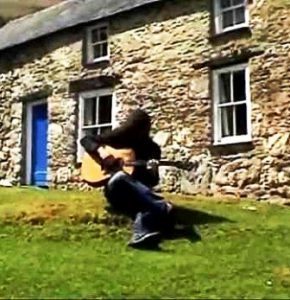 “After Led Zeppelin I and II, the fans were expecting another beefy album driven by heavy guitar riffs. But without any electricity to power big amplifiers, what they actually came up with was something which sounded much more acoustic and pastoral,” he says.
“When you listen to it you just have to close your eyes and you can hear the echoes of this remote country house. It’s an album which you can imagine being performed around a crate of beer in front of a roaring log fire.”

The album led others such as Peter Gabriel and Crosby, Stills, Nash & Young to try and emulate its less formal, rural style, and has given rise to a whole genre of unplugged, folk-inspired albums.

Though Wingate believes Bron Yr Aur’s influence stretched far beyond the acoustic sound necessitated by the lack of power there.

“I’ve interviewed Jimmy Page and Robert Plant about this, and they both say that the time they spent in Bron Yr Aur was the first opportunity they had to properly get to know each other.

“From 1968 they’d been touring constantly, writing and recording on buses and in hotel rooms. When they finally got to take stock in such tranquil and picturesque surroundings, they got to explore exactly what it was they wanted to get out of their music.
As well as Led Zeppelin III, the material they wrote in Wales went into the untitled album, ‘Houses of The Holy’ and ‘Physical Graffiti’, and the style heavily influenced them from then on.”

And while Mr Roe does not mind the constant stream of fans who make pilgrimages to his doorstep, he is always at pains to urge his visitors to see beyond the band itself.

“Don’t get me wrong, the music they wrote here is amazing, but if you arrive too obsessed with Led Zeppelin then you miss the important thing, which is the beauty which inspired them in the first place.

“In fact it’s not just Led Zeppelin, the environment here has inspired a whole raft of artists.”