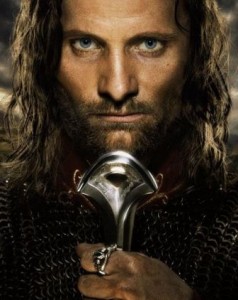 A model maker and special effects artist for Peter Jackson’s 2012 film ‘The Hobbit’ and a leading international academic on the writings of JRR Tolkien have been named amongst the line-up of participants for the Burren Tolkien Convention from May 9-16th.

The inaugural Convention is being organised by the Burren Tolkien Society and will take place in the Burren Region of County Clare, as part of The Gathering Ireland 2013. The organisers say the event will highlight Tolkien’s many visits to the Burren and how the world-famous karst landscape and Celtic legends of the West of Ireland may have inspired his masterwork, The Lord of the Rings.

The Convention will feature contributions from Tolkien experts, writing workshops, Tolkien-inspired culinary and music sessions, lectures and guided walks of the locations frequented by Tolkien, including Poll na Gollum Cave which event organisers suggest influenced the creation of one of the author’s most famous characters (Gollum).

Tolkien visited the West of Ireland on numerous occasions with his close friend and fellow fantasy literature icon CS Lewis, author of The Chronicles of Narnia series. Their friendship dates back to 1926 when the pair met at Oxford University, 7 years before The Hobbit was originally published. Tolkien also spent considerable time in the Burren when he was External Examiner to NUI Galway’s English Department on five separate occasions between 1949 and 1959, during which time he revised and published The Lord of the Rings.

The weeklong celebration will include a talk by Tolkien expert Dr. Alison Grant Milbank (Associate Professor of Literature & Theology, University of Nottingham) about how landscape and nature influenced the author’s writings, Dr. Charles Travis (Post-Doctoral Research Fellow, Trinity Long Room Hub) will present ‘Tolkien’s Topography: A Case for the Burren’, Irishman Mark Maher (Model Maker for the 2012 movie, ‘The Hobbit’) will present“ An Unexpected Journey”, and Barry Mc Govern (actor & playwright) will perform readings in the Library of the Mc Corkendale residence – now the drawing room of Gregan’s Castle Hotel in Ballyvaughan, which was frequented by Tolkien.

Other events include a Creative Writing workshop with Frank Golden (acclaimed poet & fiction writer); a presentation by Dr. Liam Campbell (author & Tolkien academic) on his book “The Ecological Augury in the Works of J.R.R. Tolkien”, a talk by Dr. Mark Scott (Senior Teacher, UCD School of Geography, Planning & Environmental Policy) on the influence of landscape on Tolkien’s work, a presentation entitled “Tolkien’s landscape – the archaeology of the Burren” by Shane Delaney (senior archaeologist & project manager, Irish Archaeological Consultancy).

Meanwhile, a book signed by Tolkien will be auctioned at the end of the festival. The author-owned copy of Tolkien’s book, ‘Tree and Leaf’, has been donated to the Burren Tolkien Society by Jeremy Prince, Tolkien’s undergraduate at Oxford University during the 1960’s. The book will be put on display during the festival before being auctioned off.

Mr. Prince will also present a talk about his experiences of studying under Tolkien.

“We look forward to welcoming people to County Clare next week and facilitating them as they walk in the footsteps of Tolkien, arguably one of the most important writers of the 20th century,” commented Burren native and Burren Tolkien Society Chairperson Peter Curtin, who said the Convention will feature something of interest to everyone who attends.

“As well as a host of talks and presentations on Tolkien’s work and discussions on how his writings were influenced by his numerous visits to the Burren, the Convention will also feature a Burren walk in Tolkien’s footsteps taking in Poll na Gollum and other sites of archaeological interest and inspiration; the launch of the Hobbit Ale brewed locally especially for the festival, a Lord of the Rings Hog Roast, The Tolkien Quest featuring Lord of Rings costume dress, and music sessions with a Tolkien theme.”

Commenting on the background to the Convention, Mr. Curtin said: “From studying Tolkien’s works and correspondences as well as having spoken with people who knew the man, we are certain that his most famous work, The Lord of the Rings, was inspired, at least in part, by his experience of The Burren.”

He added: “We believe that Tolkien denied the Burren links when his masterwork was published in 1954 as he might have felt that Irish influences would have been unpalatable to his largely English audience at the time. In the few years leading up to his death in 1973 however, Tolkien spoke more openly about how his writings were influenced by the themes and ideas of Irish and Celtic Mythology. Although he referred to Gaelic as an unattractive language, he admitted that he had studied it and found it to be of great historical and philological interest. He also said he was suffering from acute Eire-starvation, having not visited his favourite Counties of Clare, Galway and Cork for a number of years.”

“Dr. Charles Travis, a Historical-Cultural Geography PHD graduate and Research Associate at Trinity College Dublin’s Long Room Hub, compared the actual topography of the Burren – around Gortaclare Mountain to be precise – with the Misty Mountains from Tolkien’s Middle Earth map with the Middle Earth region of Rohan in the foreground and the Misty Mountains covering the spine of the mountain ridge with runs into Gortaclare Mountain. Mr. Travis has confirmed that the curve of the Misty Mountain range in Tolkien’s ‘imaginary’ map seems to fit the actual topography of this region of the Burren. He added that the topography could arguably support the case being made for this region of the Burren being one source of inspiration for Tolkien,” explained Mr. Curtin.