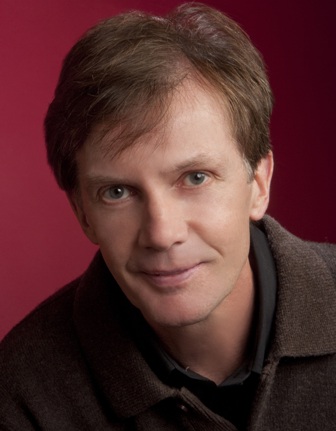 The Cape Breton Tenor is a handle operatic singer Peter Gillis wears with pride. A voice professor and visiting artist at Montclair State University in New Jersey, Gillis debuted at Carnegie Hall with the Orchestra of St. Luke’s and at Kennedy Center with the Washington Opera.

A regular at Italy’s renowned Festival dei Due Mondi, he has also performed closer to home playing the lead role in Stravinsky’s The Rake’s Progress with Opera Nova Scotia. He toured internationally and has sung for a pope and a president, but lately he is polishing the songs he grew up with in the Whitney Pier district of Sydney, NS.

“Historically, the tenor is the coveted male voice who plays the romantic lead in the opera and it is a very gratifying role to sing because of its great impact on the audience, but l also find myself wanting to return home in some form or other so I am performing the songs I grew up listening to,” said Gillis.

His father was a self-taught folk fiddler with a great appreciation of classical music who encouraged his son to explore music as a career while still urging him to perfect the old ballads of Scotland, England, Ireland and Wales.

“When we’d have family visiting I’d be called on to sing a few songs, perhaps Danny Boy or Barbara Allen or Eileen Aroon. I’d be given great encouragement as well as a few nickels and dimes for the performance, so I have great memories of those old songs.”

Gillis describes his career as a dream come true “but not planned out.”

“I was directing a girls’ choir in Sydney when I left Cape Breton. I thought I was taking a four year leave of absence when I went off to study. I thought I’d be back to take over the choir again but it didn’t work out that way.”

He studied at Westminster Choir College in Princeton, NJ, and went on to do a master’s degree in Indiana before successfully auditioning for Julliard School, going into its opera program and completing a doctorate and postdoctoral diploma.

“For a while I was doing regional opera work around the United States and loving it, but at the same time listening to tapes of the Cape Breton Summertime Review, which would have me in tears.”

When home for a visit through the years, he was often in touch with songwriter Allister MacGillivray whose iconic Song for the Mira he frequently performs. He also teamed up with Rita MacNeil and collaborated with the Barra MacNeils and comedian Bette MacDonald. If the timing was feasible, he happily lent his voice to community fundraisers.

A few years ago Gillis recorded 12 of his childhood standards, including Come to the Hills, The Foggy Dew and Cape Breton Lullaby. More recently he put out a compilation of Christmas tunes called A Cape Breton Tenor Christmas.

“I’m always coming back to Cape Breton because it is where my family and my heart reside. I think I know the audience well and I can stretch their tolerance to include an operatic piece or two.”

After a recent sold-out performance at the Savoy theatre with Paul Gatchell, Robyn Cathcart and Jonathan MacInnis as The Cape Breton Tenors, he was excited about the calibre of the show.

“I think we were very well directed by Stephen Muise and I believe we demonstrated our reverence for the repertoire we grew up with.”

Gillis hopes there will be opportunities for the group to perform together again.

“Paul has a lot of musical theatre behind him, thousands of performances at the Stratford and Shaw festivals. Robyn is a very skilled singer and actor who has performed all over Canada and has experience putting on shows. Jonathan, as the baby of the group, is a rising star with a big-hearted approach to singing.”

While performing solo or with the three other tenors, Gillis knows well that no performance on the home ground is complete without a rendition of Danny Boy.

“I’ve been doing that song all my life but these days it has a greater, deeper resonance for me.”