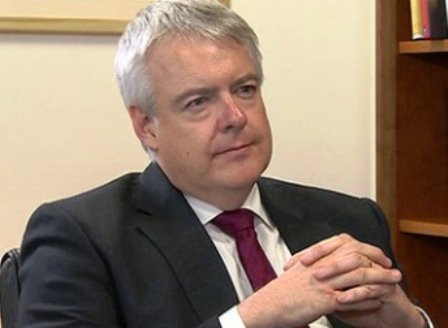 Sixty of the world’s leaders gathered in Cardiff, Wales in September 2014 for the NATO Summit. The event brought, among other things, 1,500 journalists to the country. The exposure for Wales was unprecedented, to say the least.

“The world now knows Wales is a great country to visit and do business,” Wales’ First Minister Carwyn Jones declared in an interview with Celtic Life International.

Jones said the country basked in the praise of what delegates had to say about Wales during the summit, especially that of U.S. President Obama, who became the first serving president to visit Wales, something Jones said was a real honour.

“The NATO Summit was a great chance for us to show – once again – how well we manage major international events. It was also a unique opportunity to further raise global awareness of Wales and show people what a great country it is to visit, invest and work in.”

Jones is a proud Welshman through and through. His family hails from Brynaman in the Amman Valley and he was born in Swansea and attended school in Bridgend.

“I’ve studied, worked and lived in Wales all my life,” Jones notes. “My roots, my love of this country and the people of Wales are the driving forces that remind me of why I am doing this job.”

The First Minister says politics always interested him, but the attraction grew while studying at Aberystwyth University when he joined the Labour Party in 1987. He spent 10 years as a barrister working in criminal and family law. Then Jones made the decision to pursue a career as a politician because he wanted to make a difference to peoples’ lives.

Jones served as a county councilor on the Bridgend County Borough Council for five years and then in the late 1980s had the chance to become an assembly member for Bridgend.

“I took the opportunity and I’ve been an assembly member ever since.”

Jones says the reasons that led him to politics are the same ones which keep him involved.

“Politics is not a job you drift into,” he observes. “It’s a vocation and I believe the work we’re doing as a government is bringing real and tangible benefits to the people of Wales.”

Of course, such a career is not without its challenges. The global economic recession impacted Wales as it did other countries, and the country faces continued economic pressures and budget cuts from the UK government.

“Politicians don’t get to choose their challenges,” Jones points out. “You stand for election to represent people and you do your best for them.”

In that regard, Jones is proud of the work he and the government have carried out. He points to such achievements as the development of policies, including the ground-breaking organ donation bill and the modernization of the National Health Service through the provision of care closer to home. Jones also points to programs like Job Growth Wales, which has created thousands of employment opportunities for young people.

Asked if enough is being done to promote Celtic culture, Jones proudly enumerates, “We have three World Heritage Sites here in Wales, some of the finest castles and historic monuments in the world and areas of outstanding natural beauty. Needless to say, we’re extremely proud of our Celtic culture.”

As for the Welsh language, which Jones speaks, he says the government is working to strengthen and grow its viability.

“We’re proud of what we have delivered for the language by protecting its status through legislation, but we also recognize that big challenges remain,” says Jones. “It’s imperative we make Welsh a ‘living’ language, especially among young people outside the school gates. Education is an important part of nurturing the language, but people need to use it in everyday life.”