Catching up with Gerard Butler 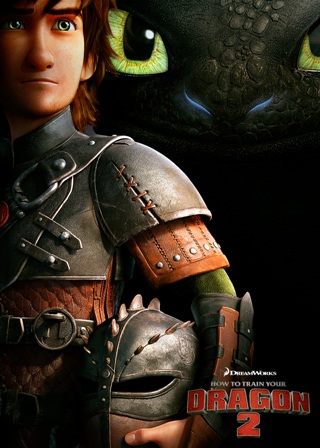 It’s been a year since we last spoke with Gerard Butler. In this exclusive interview with Celtic Life International, the Scottish heartthrob opens up about his new film How to Train Your Dragon 2, which opens in theatres today.

Gerard Butler is one of those individuals who lights up a room as soon as he enters it. Tall, handsome, jovial, the 44-year-old Scottish actor can melt any woman’s heart as soon as he smiles and breaks into his familiar brogue.

“I suppose the Scottish accent does have an effect of women, but I try to convince myself it’s my natural charm that does the trick,” Butler laughs. “My accent isn’t what it used to be, though. It’s become a lot milder since I’ve been living in the U.S. for so long and so now I never get as many compliments as I used to about my accent. But I can still get away with things like, “Aye, you’re such a sweet lass!”

Butler’s vocal charms are once again being put to full advantage in the upcoming animated blockbuster, How to Train Your Dragon 2, the sequel that reunites Butler’s character of Stoik with the old gang – Hiccup (Jay Baruchel), Snotlaut (Jonah Hill), Ruffnut (Kristen Wiig), and Gobbet (Craig Ferguson) – and a few new additions including Cate Blanchett as Valka. The story picks up five years after Hiccup and Toothless the Dragon successfully united dragons and vikings on the island of Berk. While Astrid, Snotlout and the rest of the gang are challenging each other to dragon races (the island’s new favorite contact sport), Butler’s Stoik is up for plenty of adventure in this epic-style animated action film from 20th Century Fox. Still retaining his boyish sense of humour and imagination, Butler admits that he “revels” in such roles just as he did when playing in another children’s adventure tale, Nim’s Island (2008).

You’ve tended to mix things up by doing action films like 300 and Olympus Has Fallen, and romantic comedies, as well as the odd drama. What’s your preference?
I gravitate towards any project that has a good story and something about the character that I feel some empathy towards. Acting has always been about creating an identity and expressing different emotions through a particular character. I love being able to explore my own imagination and be part of the storytelling process. That’s where the kick comes from.

Your new film, How to Train a Dragon 2, sees you return to your character of Stoik. Are you a big fan of family films like this?
These are the kinds of stories that appeal to my imagination and sense of fantasy.  The first Dragon film is one of my favourite movies – probably one of my top three. I wasn’t expecting that when I did the first one because you just basically show up and work alone in a sound booth and you’re the only other actor there. You don’t have the same sense of collaboration with a team of actors and crew members that you get in other films. But then when I went and saw the film with an audience, I was blown away. The animators turn your work into something truly magical. I loved How to Train Your Dragon and I’m pretty confident that this one will be just as much fun for audiences.  The visuals are stunning and you’re really taken on this adventure with the old gang and the dragons.

Is voice work a different kind of art from regular acting?
In some ways it’s more difficult because you’re totally focussed on your voice and you’re forced to rely on your imagination so much more. You want to establish from the beginning the right timbre and try to find something that’s going to express the essence of this animated character you’re playing. When I first when in to do the voice work, I thought it would be very easy. But it was bloody hard work and when I would go back and see how they matched the voice to the animation I would ask to go redo a lot of my lines. The director and the other technicians told me that it wasn’t necessary and they were very happy with my work, but I’m a perfectionist and I wanted to redo a lot of the stuff and I did. I know I can sometimes drive people crazy like that but I can’t help myself. I need to feel that I gave it everything and that I got it right.  Afterwards the production staff told me that it actually made a big difference and I think everyone was happy with the final result and the film was a success.

Do the animators take into account your own natural body movements?
Yes. They film you from every angle and then when you see your character in the finished film there are moments when you can see this form of yourself moving and gesturing the way that you do! It’s wild. The animators also want to make you feel that you’re involved in helping define the character not just with your voice but with your own body movements and even your facial gestures. I think that’s fantastic and audiences can pick up on those things if they watch closely.

Is there anything you can tell us about the new film and how it differs from the first one?
We started out with a complete script this time and the story was already laid out in advance for us whereas with the first Dragons they put it together piece by piece. I think there’s a lot more excitement in this one and audiences will be able to identify more with the characters because this film is building on everything that happened in the first one.  There’s already a history that you’re aware of and that gives you a much deeper appreciation for the characters and so this story takes you much further into Berk and that world. The film also has an interesting way of exploring different ideas and values and there’s a very positive message for everyone in the story.

You previously played in other family films – what is the appeal?
I enjoy making films which touch your heart and appeal to your child-like sense of wonder with the world. For actors, your imagination plays a huge part in your ability to create a character. You need to set aside everything and become part of the reality of the story and situations in whatever film you’re making whether it’s a dark drama or light-hearted comedy. It’s all the same in a way. But when I do films like Nim’s Island or a story like Playing for Keeps where I was a divorced father trying to reconnect with my son – those films are very moving for me.

How important is family to you in your own life?
My family means everything to me. My sisters are both married, I have four nieces and I need to stay close to everyone in my family. Sometimes it’s hard for me to be away from my loved ones so much because I live in Los Angeles most of the year and I spend a lot of time away on a film set somewhere around the world. That’s the hardest part of this business for me – all the moving about and now always having the time and feeling to stay close to your friends and family or being able to maintain a relationship. That’s why I try to go back to Scotland three or four times a year to reconnect with my family there.  I like to celebrate my birthday there and get all the family together. It’s such a beautiful time for me,

Are there times when being a single guy can be lonely?
It depends on the moment…I like the feeling of being in love and having that closeness with a wonderful woman who comes into your life. It’s not easy though when you’re travelling a lot and going from one film set to another. I would like to be able to settle down some day and have my own family and children. I love kids. Because I’m a big kid myself, to me watching kids is great because they lack any kind of “mannered behaviour.” They’re unpredictable and really fresh. When I was shooting Playing for Keeps, I formed this bond with Noah (Lomax) who played my son in the film. It broke my heart when we finished shooting. The day I left the set, Noah gave me the best present. He made a soccer boot with a ball and put it in a glass casing, and when a kid gives you that it means something truly special like you earned something. It was like when I worked with Abigail (Breslin) on Nim’s Island, she did a painting for me. That’s the kind of thing and that moment that you just never forget.

You’re preparing to shoot the remake of Point Break later this year where you’ll be playing the Patrick Swayze character, Bodhi. Are you looking forward to that?
Oh, yeah. I just hope I won’t come close to drowning doing the surfing scenes the way I nearly did when I shot Chasing Mavericks. On that film I got pushing way down by a wave and I was down under the water for a long time just turning, turning, and turning until I could find my way back to the surface. But then before I could start swimming back up top another huge wave landed and pushed me back down again. It was what surfers call a “two-wave hold down.”  It’s when you find yourself too far down from the first wave to be able to get back up before the second wave hits… I honestly began to think, “Wow, I’m going to die making a movie.”

Have you had any other life-threatening moments on a film set?
Well, while I was shooting Nim’s Island I was attacked from behind by this damn pelican. They’re very unpredictable creatures and I wanted to give the bird a shot in the beak except we needed him for the film.

You seem to be a very exuberant and happy guy. What’s a good day for Gerry Butler?
My idea of a perfect day is when you do something you didn’t want to do and then you go and do it and you have the time of your life and you go home and wish you could do it again. I’m a great believer in living in the moment.