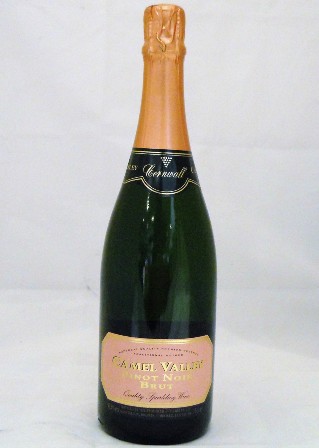 My old neighbour, great friend and wine mentor, Dr. Andrew Dunn once told me of his frustration when he would offer someone a glass of Champagne (from his wonderful cellar) and they would refuse on the grounds that they “don’t like Champagne.” His point was that saying you “don’t like Champagne” is like saying you don’t like wine after only ever trying one sip or one glass of a possibly poor example. Dunn passed away a few years ago, but I feel that he is still with me in spirit in more ways than one.

Champagne and other sparkling wines come in a huge variety of styles and different qualities. One problem has been the generic use of the word Champagne to describe any sparkling wine and even the labelling of products as Champagne when they are produced nowhere near the Champagne region of Northern France.

That is not to say that sparking wines outside of Champagne are always inferior. It’s just that Champagne has always been the benchmark. Dunn was the first person to introduce me to a wine he called “spurgle.” This is a sparkling red made from the Shiraz grape in Australia. My first impression on seeing this deep red fizz was that it seemed very strange, but it tasted wonderful.

The climate, geography and geology of Southern Britain have a lot in common with the Champagne region. Recent changes in climate seem to have made this even more apparent to the point where there are rumours that French Champagne producers are buying up tracts of land in Southern Britain, not necessarily to plant vines, but rather to stop British producers from making wines to compete with theirs. That has not prevented a great expansion in the amount of land in Britain now devoted to winemaking. Perhaps unsurprisingly the best examples of British wines on the market today are the sparkling ones.

My favourite British sparkling wine comes from that most Celtic corner of England, Cornwall. Despite being part of England, the Cornish see themselves as Celts in the same way that the Welsh, Scots and Irish do, and the Camel Valley Vineyard is located in an area that is steeped in Celtic history, myth and legend (one theory is that King Arthur’s Camelot is derived from the Camel River which runs below the slopes of the vineyard).

They have produced wine at the Camel Valley vineyard since 1989 and are seen as pioneers and experts within the British wine industry. To me, one of their most impressive attributes is their ability to produce wonderful wine from the classic Champagne grapes of Pinot Noir and Chardonnay as well as using more traditional British varietals. This was borne out at the 2014 International Wine Challenge where their 2012 Pinot Noir Rose Brut and 2009 Chardonnay Brut both won gold medals.

I recently took a small group of people to the Camel Valley for a tasting as part of a general tour of Wales and Cornwall. A few of the group were from the Mosel Valley in Germany and really knew their wines. They were very impressed, and believed the vineyard’s claim that its wines had won a number of blind tastings over the years against much more renowned competition from around the word (including Champagne).

The famous chef, Rick Stein, opened the vineyard. His seafood restaurant and hotel in nearby Padstow has Camel Valley wines on his impressive list. Food lovers from all over the world make a beeline for Padstow to visit the restaurant. A great way to spend a day is to hire a bike in Padstow and cycle the Camel trail (very flat and easy) up to the vineyard. Taste the wine and have lunch there before returning to Padstow and dinner at Stein’s seafood restaurant. A bottle of the local fizz would be perfect with Stein’s seafood taster menu.

Dunn introduced me to so many wines over the years that I was very pleased to introduce him to a bottle of the Camel Valley Rose. I was even more pleased when he tasted it and compared it favourably with his favourite “everyday” pink fizz, Billecart Salmon Rose from Champagne – affectionately known in Wales as “Billy Cart.”

Dr. Michael Davies is an author, historian and wine expert in Wales.