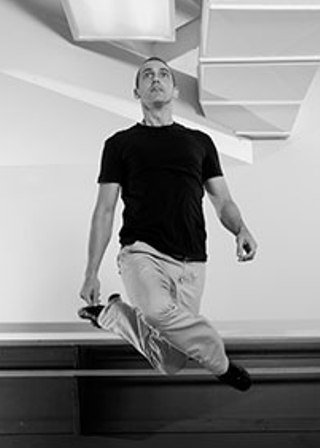 Zeph Caissie started dancing at the age of four, competing and performing locally and internationally until he was 21. After placing 2nd in the Great Britain and All Ireland Championships and 4th in the World Championships, he signed on with Riverdance The Show, and toured with the company for 8 years. Recently we spoke with him about tomorrow night’s Celtic Christmas Show in Halifax.

What are your own roots?
My father is Greek from the Island of Crete, and my mother is half Irish and half Acadian. Both my parents were/are dancers. My father lead a Greek group in Vancouver, and my mom took Greek, Croatian, and Irish dancing classes throughout her life. She is currently with a Greek group and performs regularly! I got involved with Irish dancing at the age of 4 after watching a performance by my teacher and his dancers, and expressing interest to my mom. She thought I might be too young, but my teacher agreed to work with me, so off I went. I competed locally and internationally with the Comerford School of Irish Dance in Vancouver, and placed 4th in the World Championships in my final year at the age of 21.

What inspired you to put this event together?
My dancers were involved in A Kilted Christmas a few years ago. We were delighted to be in the production, but as the show isn’t running anymore, I decided to produce The Celtic Christmas Show to provide local Celtic artists an opportunity to showcase their talents. Also, one of my biggest ambitions is to produce a touring show, so I felt a Christmas show was a good place to start.

Who is involved?
There are close to 100 performers involved in The Celtic Christmas Show: The RCMP Pipes & Drums and Dancers, “La Swing du Suete” from Cheticamp, The Amethyst Scottish Dancers, The Scaip na Cleiti Dancers, The Nova Scotia Irish Dancers, The Diaga Irish Dancers, vocalist Patricia Murray, and a band consisting of Cassie and Maggie MacDonald, Glenn Coolen, Maxim Cormier and Mark Currie.

Why is it important for the Celtic community here?
This is an important event for the local Celtic community as it’s a showcase of the wealth of talent we have in the Maritimes. I’m not certain if the show will turn into an annual event, but I would be pleased if it did as it’s an excellent opportunity for local Celtic artists and a great start to the holiday season!

Are young people still interested in Irish-Celtic dance?
Young people are still interested in Irish dancing and as the original shows like Riverdance are winding down, there is a more contemporary form emerging. Shows are now no longer limited to guys in puffy white shirts playing the archetypal hero, and lines of Rockette-style dancing in unison. Now, if you can imagine it, you can create it. Many of the former cast members of the shows are also opening schools of their own, which is strengthening the competition scene all around the world. Countries such as Russia, Japan, France, and Germany now have Irish dance schools, and plenty of keen students.

What are your thoughts on the current state of Celtic culture?
Celtic culture is definitely alive and well. It is so deeply woven into the fabric of society in the Maritimes and there are many gifted teachers passing on Celtic language, music, and dance. What could galvanize the scene, though, is a unifying element. A Celtic Centre in Halifax, for example, would give the different groups, artists, and teachers a place to pool their efforts. It’s not inconceivable, and I don’t think it’s too far off.