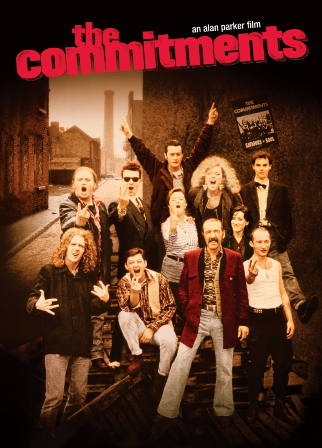 From the 1936 film “The Plough and the Stars” to 2012’s “Brave”, Celtic cinema has offered important glimpses into the unique culture of the Irish and Scottish.

The biggest criticism of Celtic films are that they often resort to stereotypes and contain historical inaccuracies, trying to cater to an international audience’s expectations with an emphasis on what they believe to be Irish, such as the “romantic” Irish landscape and the community of simple happy workers.

A film like “Waking Ned Devine” is a perfect example. The story follows the residents of the tiny village of Tullymore, who play up their country ignorance in an attempt to con a Dublin city man out of discovering the truth about their scheme to collect the lottery winnings of a deceased resident’s ticket. While the film seems to be making commentary that the villagers are aware of the stereotypes associated with the rural Irish and writer Kirk Jones hints it won’t fall into the trap, his script runs off course and reinforces stereotypes of the Irish as drunkards, mischievous and being backwards.

Here’s a glimpse of how some Celtic films have been portrayed in hit movies. Some are chosen for their historical accuracy, some for their commentary on Irish life and some simply for the enjoyment they bring. This isn’t a complete list of the best films by any means. An all-time best list would include classics like “My Left Foot,” “In The Name of the Father,” “Once” and “The Field,” but it will provide a snapshot of what Celtic cinema has offered.

The Commitments (1991)
Music lovers will argue that there’s no better film about the country than “The Commitments,” which tells the tale of a group of down-and-out Dubliners who form a soul band. Robert Atkins plays Jimmy Rabbitte, the musician who brings the group together and tries his best to keep the distinct personalities of his bandmates in check before they clash and ruin what they started. The movie is based on a novel by Roddy Doyle, a North Dublin school teacher, and while the band may be fictional, it captures the spirit of what was happening at the time. “I wasn’t an actor but they didn’t care, they just wanted me to sing,” says Dublin-born Andrew Strong, who plays lead singer Deco Cuffe. Just 16 at the time, Strong embodied the working class angst director Alan Parker was looking for. “He wanted an authentic sound and we did the album in a weekend and regardless of not having any big names, we all belonged.”

Michael Collins (1996)
After the Easter Rebellion against England, Michael Collins trained the Irish army to be guerrilla fighters and this film details the beginnings of the IRA as Collins and his men fight to create the Irish Free State. Liam Neeson and Aidan Quinn star in this historical biopic written and directed by Neil Jordan, who admitted that the film “could not provide an entirely accurate account of events, given that it was a two-hour film that had to be understandable to an international audience who would not know the minutiae of Irish history.” Still, it became the top grossing film ever in Ireland upon its release and its historical accuracies are better than most.

The Butcher Boy (1998)
Neil Jordan’s dark and profane adaptation of Pat McCabe’s novel is set in a small town in 1960s Ireland, and tells the story of a troubled teen who retreats into a violent fantasy world as his home life collapses. It’s a great peek and social critique of small town Ireland at the time and speaks to the Irish audience in a way that most films don’t. It’s a reminder to today’s youth of how bleak things were in Ireland just 35 years ago. In an interview Jordan gave with the New York Times upon the film’s release, he said, “’It’s definitely a portrait of things as they were in the 1960’s. It is a very good account of how things actually were, talking about a subject that filmmakers aren’t in a rush to tell.”

Gangs of New York (2002)
Martin Scorsese’s violent epic set in New York City’s Five Points area in the mid-19th century offers terrific performances by Leonard DiCaprio and the amazing Daniel Day-Lewis, along with the Scorsese’s usual brilliant directing. It’s a long (nearly three hours) and often intense film about mobs and vengeance, but it also features realistic depictions of New York in the 1800s, and of the Irish immigrant experience at that time. “We felt every day that we were almost being transported back into time,” DiCaprio said during a press junket for the film. “They literally rebuilt five city blocks of New York, which is completely different from anything that New York is now today, it was like a shantytown. Certainly the feeling and the essence of what it would have been like at the time to be a gangster or a petty thief really became quite apparent with all the extra walking around and people starting to develop their own cliques.”

Ondine (2009)
Neil Jordan also made this love story about Circus (played by Colin Farrell), an Irish fisherman and recovering alcoholic who “catches” a woman (played by Alicja Bachleda) in his fishing net. Circus is divorced has an ill daughter named Annie, and when he tells about a story of a fisherman who found a woman in the night, Annie tells her father that the woman must be a mythical selkie. Playing a character who might be a mythical character required a balance, according to Bachleda. “That was an interesting task as an actress, to (blend) those two personalities or different personas in one and playing her in a way that’s truthful and faithful to my character but at the same time, I keep the mystery and fairy tale going for myself and for the viewer,” she said.

The Secret of Kells (2009)
This lesser-known animated film received critical acclaim and an Oscar nod for best animated film. The movie is about the creation of the Book of Kells, famous manuscript of the Gospels created by Irish monks around the year 800. The movie also makes reference to various Celtic traditions and myths. “It was based around Irish medieval art, the illuminated manuscripts like The Book of Kells,” said director Tommy Moore. “We looked at things in that world. We wanted to make something really distinct. Because it’s an independent film you might as well do something really different. It’s all like medieval art, really decorative, lots of details.”

Brave (2012)
Even Pixar—the powerhouse studio behind “Toy Story,” “Cars” and “WALL-E,”  got into the Celtic game with the adventures of a Princess named Merida, who would rather live a life of adventure and archery than live the Princess life. Although the movie is animated, Brave’s renderings of the Scottish Highlands are stunning and will have you pining to travel the Celtic lands. It also has adventure, and a good dose of humor, making it a great family film. Director Mark Andrews said one of his goals was to depict Scotland realistically. “We could have very easily not gone to Scotland and just created a fantasy Scotland. And say: What does it matter at the end of the day? But I would argue that it does matter,” Andrews said. Because he’s part Scottish, he included legends from the land such as the Will o’ the Wisps. “They’re ripped off—or inspired by, I should say by Celtic myth. There’s something about Scotland that’s mystifying and enchanting and awe-inspiring.”