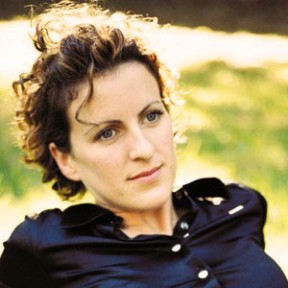 Kathleen MacInnes has enjoyed an interesting career in television, as an actress, presenter and singer. Recently she shared with Celtic Life International about her first appearance at Celtic Colours.

What is your own background / ethnic heritage?
I am from the Western Isles, from the island of South Uist, both my parents and grandparents were from there too so pretty 100 per cent islander.

What inspired you to start playing music?
My uncle played the bagpipes and I used to dance, I always loved singing but was very shy, I grew up attending ceilidhs and surrounded by Gaelic culture and music so it stayed with me. A good friend of mine, writer and broadcaster, Seonag Monk made me sing on her radio program after overhearing me sing in the shower.

Are they the same reasons that you still do it today?
Yes but I sing in the bath too now.

What have been some career highlights?
Trad Music Awards Gaelic Singer of the year in 2006;  Scotland on Sunday ‘Folk Album of the Year’ 2006 for my debut album Og-Mhadainn Shamhraidh; Ridley Scott asking me to sing on Hollywood blockbuster “Robin Hood”; the launch of my 2nd album Cille Bhride.

What makes a good song?
A good story usually, with good Scottish Gaelic songs there is often a tale behind the song too which I enjoy. Also with Gaelic songs it is just a few minutes to enjoy the ancient beauty of the Gaelic language, you can enjoy some words long forgotten or a beautiful turn of phrase, within a few moments of some Gaelic songs you are transported to another place which I enjoy…. that and a good melody.

What attracted you to Celtic music?
I wasn’t attracted to it as I grew up with it – it has always been there for me.

Are you excited to be involved with Celtic Colours International Festival this year?
I am so delighted to be part of Celtic Colours this year, it’s a festival I have heard about for years and hoped one day to visit and 2012 is the year so I’m looking forward to meeting Joella (Foulds) again and all the team, to meet people in the communities and hopefully meet some Gaelic speakers and hear all their stories.