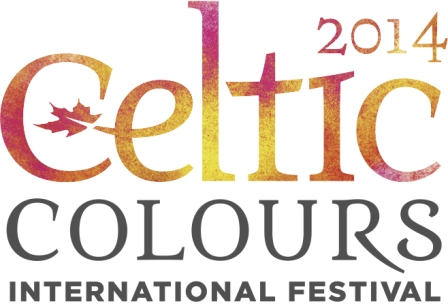 Celtic Colours International Festival is an experience like no other. For nine days in October, Cape Breton Island comes alive with music, energy and excitement as people come from far and wide to celebrate the island’s rich culture. From concerts and dances, to workshops and community suppers, Celtic Colours offers a full range of events against a gorgeous fall backdrop.

The 18th annual festival is all about family and friends. Celtic Colours’ “family” extends around the world and this year, organizers are bringing many of them home to show how friendship and family ties shape the Island’s music.

Musical pals Phil Cunningham and Aly Bain will kick off the festival, October 10 in Port Hawkesbury while Natalie MacMaster and Sharon Shannon, who met at the very first Celtic Colours, will help close it October 18. Alasdair Fraser and Natalie Haas will be back with their unique fiddle and cello partnership, guitar kings Tony McManus and Tim Edey are back, as are singers Nathan Rogers, David Francey and Terry Kelly. Last year’s Festival introduced Swedish trio Väsen. Audience reaction demanded that they return this year.

It is well-known that music and traditions thrive in families, and this is especially true on Cape Breton Island. Ashley MacIsaac and his cousin Wendy are two of Cape Breton’s finest fiddlers; The Campbells of Greepe come from the Isle of Skye with a wealth of Gaelic songs.  The Chaisson Family from Prince Edward Island; the MacKenzie Brothers from Mabou; the piping MacDonald’s of Glenuig, Scotland; and Cape Breton’s All Fired Up all perform as families. And then there are the siblings: the Wrigley Sisters from Orkney, the Beaton Sisters from Mabou, and Qristina and Quinn Bachand from British Columbia.

Celtic Colours Artists in Residence this year are two talented young men who are both outstanding dancers. Michigan-born Nic Gareiss and Mac Morin from Cape Breton will be dancing throughout the festival. Mac will be doing double duty as well, playing piano with Scottish group Dannsa and Cape Breton’s Natalie MacMaster and Beòlach.

As usual, there is a good mix of bands from Cape Breton and “away”. Locals like Beòlach, Sprag Session, and Còig will welcome The Fretless from British Columbia, Les Amis Creole from Louisiana, and We Banjo 3 from Ireland. Other exciting newcomers to the festival include Adam Sutherland and Hamish Napier from Scotland and Nova Scotia songstress Laura Smith. And as always, local traditions will be well represented by Cape Breton favourites J.P. Cormier, Howie MacDonald, Dwayne Côté, Kimberley Fraser, The Men of the Deeps, Mary Jane Lamond, Wendy MacIsaac, Brenda Stubbert, Nuallan and many more.

In addition to the 46 concerts presented this year, there are also more than 200 community cultural experiences scheduled in every corner of the island, and, of course, the late night Festival Club, hosted by Buddy MacDonald, all week at the Gaelic College in St. Ann’s.