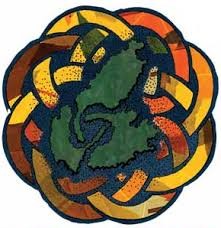 With fiddle and flute, piano and accordian, bodhran, bagpipes and banjo, Celtic Colours International Festival 2014 celebrates family and friends, many hailing from the towns, villages and rural corners of Cape Breton, and others from across sprawling borders and a vast ocean.

From October 10 to 18, strains of richly evocative music will echo down to the island’s shores, along its scenic, winding roadways and up through the high forested hills flashing their fall splendour of reds, golds and oranges. An island-wide celebration with 46 concerts, the festival also includes more than 200 community cultural events.

Artistic director Dawn Beaton, who performed in the first festival 18 years ago, said this year’s program pays tribute to the ways in which traditional music has been passed down through families and is sometimes refashioned with modern instrumentation and interpretation.

“We’ve got siblings and cousins and several generations of Cape Breton families playing together and they will be joined by some of Scotland’s best musicians. We have amazing talent coming from Ireland, the United States and Sweden.”

It is never easy to trace Celtic lineage in the middle of a week-long party, as a couple of popular trios of MacDonald brothers illustrates. A visiting Scottish group, the MacDonalds of Glenuig, is comprised of three brothers, folk musician Iain along with pipers Allan and Dr. Angus, a physician on the Isle of Skye who spent 11 years doctoring and playing music in Cape Breton. One of the local groups, All Fired Up, is comprised of three MacDonald brothers from Foot Cape, fiddler Kyle, piper Keith and pianist Colin who went to Skye to study Gaelic language and traditional music.

Among the festival newcomers is Hamish Napier, an innovative Highland musician who remembers signing up for step dancing at a music camp on the assumption it was a form of step aerobics. It was, instead, his first introduction to traditional Cape Breton music and dance, which immediately hooked him.

“Around Scotland I went to more concerts and workshops from visiting dancers and musicians such as Katie Shaw, Rodney MacDonald, Buddy McMaster and others. I loved it! The piano accompaniment style influenced my own style a great deal, and I discovered I loved strathspeys for the first time, played with that really chomping, stomping, rocking rhythm,” he said.

Napier has toured most of Canada, but will make his first trip to Nova Scotia for Celtic Colours. “I have pals that have raved about their wonderful experience there and I even have a few pals out there that I’ve met at Glasgow’s Celtic Connections festival and on tour. I’m absolutely delighted to be collaborating at Celtic Colours with local musicians alongside my duo partner Adam Sutherland, who also enjoys a stomping, chomping strathspey or two,” he said in an interview from Glasgow.

Fiddler and composer Sutherland, considered one of Scotland’s foremost traditional players, figures in a Celtic Colours carried back to the Old Country story told by Chris Stout of the Shetland band Fiddlers Bid which opened the 2012 festival. On returning home, Stout reported that he heard Sutherland’s tunes played all over Cape Breton Island but to his consternation, no one knew of Sutherland.

“That’s traditional music and I love it. I don’t care if folk don’t know who I am. I am naturally delighted folk like the tune, though,” said Sutherland, who added Celtic Colours is known throughout Scotland for its warm welcome and “great craic.”

Cape Breton fiddler Colin Grant, who will perform solo as well as in Sprag Session and Còig, relishes the chance to listen to and match notes with a variety of artists. “For us, it’s really like our Christmas, a musical reunion with friends, and a chance to play and hear great tunes every night of the week. We really shouldn’t be getting paid to have this much fun,” he said.

He will collaborate with American bandura player Julian Kytasty, as well as Napier and Sutherland. “Who knows what surprises we’ll come up with working with those fellows!”

Champion fiddler Natalie MacMaster and Ireland’s Sharon Shannon, who played together at the inaugural Celtic Colours festival, are both back this year. In keeping with the family theme, MacMaster’s husband Donnell Leahy and their children will join her for the closing concert. “I only wish I could be there longer. There’s not a performer from down home I wouldn’t be happy to sit and listen to,” said MacMaster.

Between concerts and the late night Festival Club at the Gaelic College in St. Ann’s, musicians and patrons can take in community suppers across the island. In the picturesque fishing village of L’Ardoise, Nils “Andy” Adamsson, of Swedish and Acadian parentage, is chief organizer of a popular lobster supper in the local lobster pound.  “English, Gaelic, French or Swedish, doesn’t matter. The music brings us all together and we’re offering the best meal on the island.”