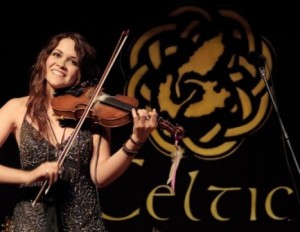 During the course of 46 concerts and more than 200 Community Cultural Events, the award-winning festival will explore musical and cultural connections between Cape Breton and Nordic neighbours from Denmark, Norway, Sweden, Finland and Shetland; pay tribute to iconic Cape Breton performers and culture bearers; and present some of the finest Celtic and traditional musicians, singers, and dancers from around the world.

The nine-day, Cape Breton Island-wide celebration gets underway October 11th at the Port Hawkesbury Civic Centre and wraps up on the 19th at Sydney’s Joan Harriss Cruise Pavilion.

“There’s something really magical that happens during Celtic Colours,” says Artistic Director Dawn Beaton. “It’s a time and place for old friends to get together and new friendships to form—both on stage and in the audience. We have some really special artists playing at the Festival for the first time this year, as well as some artists returning who haven’t been here in years. It’s a very exciting mix.”

Familiar names to Celtic Colours audiences include The Barra MacNeils, Ashley MacIsaac, Bruce Guthro, Tim Edey, Nic Gareiss, Liz Carroll, Lennie Gallant, John Doyle, Rona Lightfoot and Dirk Powell.  And while you may not recognize the names, you will recognize some of the folks in newer groups Coig, Nuallan, the Snowflake Trio, The Teetotallers and The Nordic Fiddlers Bloc. This year’s Artists in Residence are Kimberley Fraser from Cape Breton and Harald Haugaard from Denmark.

Tributes to Cape Breton fiddlers Alex Francis MacKay and Joe Peter MacLean, the songs of the Rankins, and to both the Cape Breton Fiddlers’ Association and the Cape Breton Chorale, who are celebrating 40th anniversaries this year, are scheduled alongside new concerts celebrating dance traditions and night life in the 18th century at Fortress Louisbourg.

And of course there will be a full complement of Community Cultural Experiences including dances, meals, sessions, workshops, lectures, exhibits, outdoor activities, farmers markets and more.

Tickets are now on sale.