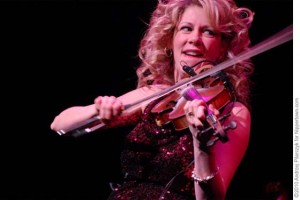 A capacity crowd was on hand at the Port Hawkesbury Civic Centre last night, as the 16th annual Celtic Colours International Festival kicked-off in fine form.

Nova Scotia Lieutenant Governor John Grant was piped into the proceedings, before the evening’s emcee Max MacDonald called for a moment of silence for Raylene Rankin, who passed away last Sunday; a fitting tribute to both the renowned singer and her family.

The first half of the show started with The Asham Stompers; the Manitoba-based dance troupe quickly set the mood and tone for the spirited soiree with their fancy footwork. Short sets by Goiridh Domhallah and Cyril MacPhee kept the pace fluid and friendly. Jamaican percussionist Pepeto Pinto had hips shaking with his Celtic Steel pan; accompanied by local players Jason Roach and Darren McMullen, Pinto’s sound and style was both a testament to the global influence of Celtic culture and a credit to festival organizers for recognizing the importance of its inclusion. The funky flavours continued with Quebec duo Rachel Aucoin and Sabin Jacques on piano and accordion, paying homage to the region’s Franco-Celtic roots. Before a short intermission, the audience enjoyed a stirring performance by Shetland-based Fiddler’s Bid, fronted by long-time festival favourites Chris Stout and Catriona McKay.

The night, however, belonged to Natalie MacMaster. Looking fit as a fiddle (having recently given birth to her fifth child!) the Cape Breton girl was at her best, kicking off her shoes to rock and rollick with a series of mid-up tempo jigs and reels that had the crowd clapping and dancing along. A lovely Aire – dedicated to Raylene Rankin – brought things to a hush, reminding all how closely knit the Cape Breton community really is. Several short stories (including an exceptionally good one about her mother’s kitchen) showed off MacMaster’s small-town roots, as did having her husband Donnell Leahy (happy 10th wedding anniversary guys!) and their children join her on stage  for some family songs and dancing.

The evening came to a close with all performers joining MacMaster and Co. on stage for a final number.

Sound and lighting were excellent, and mention should be made to all of the volunteers at the venue, and elsewhere, who welcomed concert goers and visitors with open arms, making the experience all the more exceptional.

Be sure to follow our ongoing coverage of the Celtic Colours International Festival on our Facebook page.