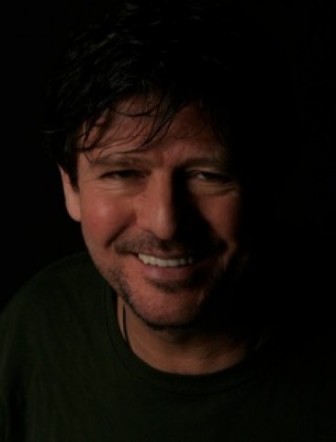 PEI singer-songwriter Lennie Gallant is no stranger to music fans across Atlantic Canada and elsewhere; the multi-award winning musician has an enviable discography, and is at home on the big stage as he is strumming away at a kitchen party. It is likely that he will be doing both this week at the Celtic Colours International Festival in Cape Breton.

How long have you been involved with Celtic Colours as a performer?
This is my fourth time playing the festival.

What do you like most about the event?
It is a fantastic festival that basically covers the whole Island. There are so many wonderful aspects to it, from the music you get introduced to from around the world, to the  workshops and jam sessions at the late night club, to the incredible meals the different communities serve up to the performers.  It’s really hard to choose any one element as it is the overall experience that makes it so great!

Why is it important for the community there?
Coming from a small community myself, I would think it’s a great thing to have so much culture from round the world brought to your doorstep. Cape Breton has a reputation for the hospitality industry and it’s cool that in the fall of the year when many communities are shutting down business for the fall /winter, that this part of the province is rockin’!

What is it an important gig for you as a performer?
They are all important when I get a chance to really connect with an audience.

Do you have any favourite memories of the festival?
I would say that being invited to sit in with the candlelit show at Louisbourg church was a special one. I was not slated to perform, but was asked at the last minute to join the show and play with all the players on stage. The setting was very beautiful and the mood was ethereal and at times a bit magical. I especially enjoyed playing my song Peter’s Dream with Alasdair Fraser ripping on the fiddle with me. He really got into it and took the song somewhere else for moment .I really enjoyed that.  He and Natalie Hauss were amazing.

Will you be involved with the festival again in the years ahead?
I will be there anytime they ask me!

What’s on tap for you for the rest of 2013?
I am in the middle of a short fall tour right now. In addition to 5 performances at different towns and communities during Celtic Colours, I am doing shows in New Glasgow, Guysborough, Halifax, Lunenburg, Liverpool, Truro, and a show in Charlottetown with Symphony PEI.  It is the second time this year I am playing with a symphony, having done a few shows with Symphony Nova Scotia last winter. That was such a thrill, and I am really looking forward to this show on the island. In addition to these concerts, I am working on writing and getting back in the studio for a new album, hopefully out before the summer.