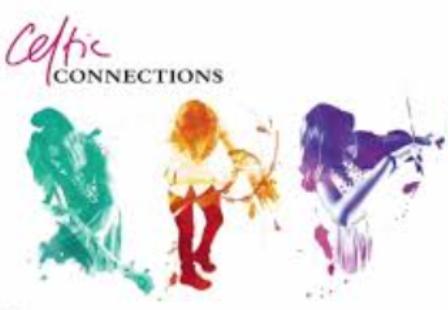 From humble beginnings in 1994, Glasgow’s Celtic Connections has evolved into one of the world’s premier musical events. Recently, Artistic Director Donald Shaw took time out of his busy schedule to fill us in on this year’s event, which begins today.

What is your own ethnic heritage/background?
I am from a small village in the west of Scotland.

Why and when did you get involved with Celtic Connections?
I started at the festival in June 2006 because I was asked to come on board. I thought it was a good opportunity to help towards changing the perception of traditional music in Scotland.

Are they the same reasons you continue to be involved?
Yes

What are your roles and responsibilities there?
As Artistic Director I program the festival.

What are the challenges of the gig?
There are over 300 concerts to program, which is challenging, and a diverse audience to please.

What are the rewards?
Seeing some of the world’s greatest musicians playing on Glasgow’s stages.

What is the event’s core mandate?
To offer the biggest stage slots to musicians who might be brave enough to put aside their usual touring show and instead create unique and one-off collaborations. Headline artists leave their egos at the airport and engage with the defining character of Celtic music traditions. Well in excess of a million people have now experienced the festival, and in doing so have witnessed the development of brand new musical bonds.

How has it evolved over time?
Celtic Connections has evolved from humble beginnings – it started in January 1994 when around 35,000 people gathered to celebrate Celtic culture, using all available spaces in the Glasgow Royal Concert Hall. Now the festival attracts over 100,000 visitors from around the world and is spread over 18 venues across the city.

From your perspective, are young people still interested in Celtic culture?
Yes, the perception of traditional music in Scotland has changed beyond recognition. Thanks to a number of factors there is now new generation who have a love and respect for their country’s culture.

Are we doing enough to preserve and promote it generally?
I think there is a lot being done at grassroots level in schools and workshops across Scotland, in particular the Feisean movement. The ‘micro festival’ format of the feis (a traditional Gaelic arts and culture festival) has transformed children with little more than a second-hand instrument and gentle family push into stars of festivals like Celtic Connections today.

Be sure to check out the feature story on Celtic Connections 2014 in the Jan/Feb edition of Celtic Life International Magazine!