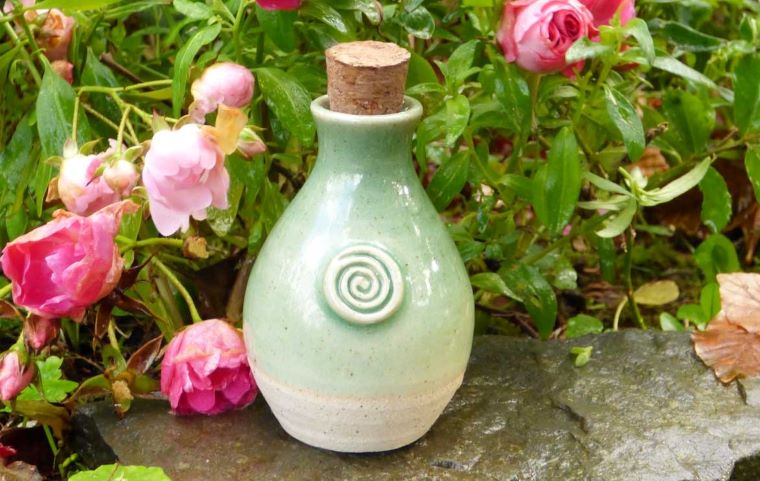 Holy wells can be found all over Ireland – and evoked in our minds, as well. As children, we would pick the daisies and buttercups, and place them by a well. Or, if we happened to be playing in someone’s garden, we would dig a well, and pour water into it, placing the daisy and buttercups by the stones we would place around it – not even knowing why, just following an instinct to do just that. Was it an inner voice that prompted us, as children, to pay homage to the water in the well, or maybe our subconscious minds had absorbed a conversation we had heard at home, in school, or at church – whatever the rationale, we just did it.

Later in life, when I learned that water was, in fact, the source of life, I often wondered why children of 6 or 7 years of age would contemplate making a well and placing flowers around it. My conclusion is that some things are just so fundamental to life that children have an innate understanding of all things around them, about danger, risk, water, et cetera.

Some sources claim that there are as many as 3,000 holy wells across Ireland, and these are said to predate Christianity. The water that lies in the wells is said to be so pure that it can be drank straight from its source.

For generations, wells have been associated with healing powers, and in a lot of cases, this, of course, could be true, as many of the minerals that lie in holy wells do carry curative properties. For some people, these curative properties are attributed to a saint who may have lived in the area or may have been associated with an area. At such wells, there may be rosary beads, a picture of a sick or dead relative, flowers, a garment belonging to a sick loved one in bygone eras, jewellery, food, and all sort of elaborate gifts, left in the hope that an illness or a problem would be solved. Some people have been known to dip a cloth in a holy well, and wrap it around their sick loved one. 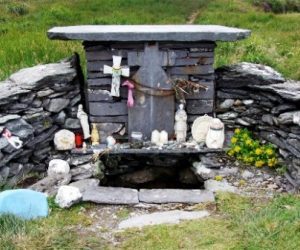 In pre-Christian Ireland, pagan Celtic society predominantly revolved around rural life. The close link with the natural world, that is, woods, lakes, the landscape, be it wild or cultivated, the animals that fed them, and not least ‘wells’ [the source of the pure water], all of this only served a simple purpose of ‘prayer’ – not as we know prayer today. They perceived the presence of the supernatural, or, as some sources would suggest ‘deities’ [spirits], as an integral part of their religious concept of their god types, in what we would call today ‘our religious systems’. For example, when Christians go into a church today, the first thing they do is dip their hand into a font of the blessed water and say ‘In the name of the Father, and of the Son, and of the Holy Spirit. Amen.” Is this a reflection of all those traditions that have been either handed down by word of mouth, learned behavior, a study of the Scriptures, or is there something else at play in our psyche that is equally fundamental to our inner being, such as breathing – water and spirit being the operative words here.

Water, as we know it, brings with it us all sorts of emotions. When we get our children baptized, water is poured over them from a font, family gathered all around, pouring love on the child and each other, then the tears flow. When we get married in church, water is used from the font to bless the married couple, and the priest will then sprinkle the holy water over the wedding party and the tears flow again [more water]. When we wash, bath, shower, swim, or walk in the rain, water is pouring over us in a manner that would suggest being made clean.

For example, many old churches contain a crypt that opens onto a subterranean spring, deep in the earth, which could be perceived as an inner sanctuary, an inner holy well, deep beneath the Church. Many more of these old churches were built near ‘pagan sacred wells,’ and the early Celtic churches used these sacred wells for baptisms, to clean and make sure the baby could live a clean and pure life.
In Celtic mythology, ‘the Well of Wisdom’ stands at the center of the Otherworld – for the Celts, it was their way of honoring their ancestors through water, and what they found as a divine way of carrying out their daily tasks and obligation to the deceased loved ones in the Otherworld.

When Catholics were forbidden under the Penal Laws to gather for mass in a church, crude altars were erected beside a well, and a mass was said at these wells in secret. If a priest could not be found, as was very often the case then, the gathered people would, with the help of a lay preacher, continue with their private devotions to the saint that would have been attributed to that particular well, dipping their hands into the well to bless themselves.

More importantly, this water energy is carried within ourselves – as we all know, all life on earth, particularly human life, is mostly composed of water.

Suffice it to say that all of these holy wells in Ireland carry stories that are as old as the Earth itself, so when we walk past, or stand at the holy well, remember to dip your hand. It may just contain healing properties.