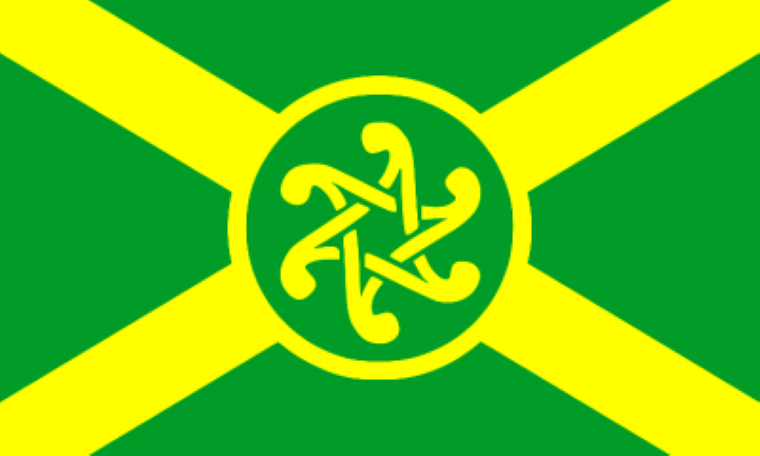 The languages that we refer to today as being of Celtic origin are Irish Gaelic, Scottish Gaelic, Manx, Welsh, Breton and Cornish. These six languages are known as the Insular Celtic languages because they originated in what are known as the British Isles. These 6 living languages of ancient Celtic origin form one branch of the Indo-European family tree and share sounds from other European and Eastern language groups including the languages of Greece and Rome, the Middle East and Germanic and Slavic tongues. There is another group called the Continental Celtic languages that have not survived.

Everybody attending school in Ireland learns Irish and many profess to speaking the language according to the National Census. Irish is the first official language of the country but the working language for most things is English. Although, the government supports the language in many ways and introduced a Language Act in 2003 to increase the level of public services in Irish, the biggest success in the revival of the gaelic language is the growth of gaelscoileanna which immerse kids in the language and the success and popularity of the TV channel TG4.

Scottish Gaelic was introduced from Ireland by raiders during the 4th and 5th centuries. Scottish Gaelic is mostly spoken in the Scottish Highlands. It is not to be confused with Scots which is a language/dialect spoken in the Scottish lowlands of Germanic origin and not a Celtic language. Scottish Gaelic has a rich oral and written tradition. While the number of speakers had been falling for a number of years, there is a growing number of young people speaking the language. The Scottish language movement has not been as effective as getting the same level of recognition as Welsh (see below) but this too has been improving since devolution and a Gaelic Language (Scotland) Act was introduced in 2005 to protect the language.

Welsh is the Celtic language within the healthiest state. In Wales there has been a real and quite successful effort to restore the language. The number of speakers is actually increasing. Both the teaching of the language to all children under the age of 16 and the
popularity of Welsh media channels have helped reverse the decline. The
Welsh Language Act of 1993 also ensures that the public can avail of services in English or Welsh.

Though still a significant number of speakers, the language survives with little official support – in fact the number of speakers has declined from over a million people before the World War II. Unfortunately, most of the speakers are also elderly which means that the language is increasing danger. The French government does not support any schools teaching in any language other than French which has not helped. It refused to incorporate the Breton-language immersion schools (called Diwan) into the public system in the 90’s because the Constitution recognizes only the French language. The regional government in Brittany does provide some financial support, however.

There are ongoing attempts to revive the Cornish language and there are a number of people studying the language. There are a small number of bilingual speakers and Cornish is now recognized under the European Charter for Regional or Minority Languages. The ability of the revival movement to create a real momentum remains in doubt. Without major support, it is hard to see a future for this Celtic language.

Like Cornish, Manx is enjoying a growing interest in recent years. However, the chances of a real revival, though slim are much better than Cornish. Many religious books were translated to Manx, including The Common Book of Prayer, the Bible and other catechisms. This means that the language was better preserved. A primary school teaching through the medium of the Manx has been opened in recent years.