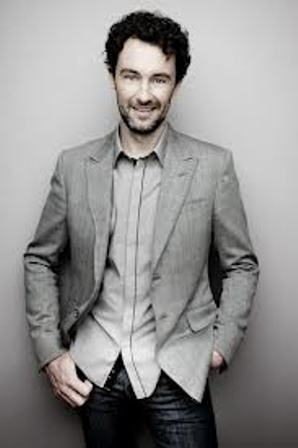 It has been another busy year for hugely popular Irish trio The Celtic Tenors. After touring their home country and North America, the group has just released a new Christmas album. Recently, singer Matthew Gilsenan took the time to talk with us.

“There are many rewards to our success, including making a living singing, which is a labour of love,” Gilsenan said. “Connecting with so many people never wears thin and I feel that getting into the studio to make an album is a reward in itself.”

The group has had an exciting 12-year career although their sound has evolved since Gilsenan, James Nelson and Daryl Simpson first got together. The trio started as an Irish–classical fusion act, bringing their classical voices and their own harmonies to non-classical Irish and Celtic songs. They later blended Irish songs with similar Scottish songs and spent a summer on tour with Air Supply, performing a version of the Air Supply song I’m all out of love, which they later recorded.

“Our greatest stretch album-wise is called Hard Times, possibly just a reach too far, but it was crucial in our development,” Gilsenan said. “Essentially an album of Americana, we experimented in a new way, dipping into American and country. Our next album, Feels like Home, was a tempering of this and became our coming-of-age album. Made in the middle of Ireland, co-produced by ourselves, but guided by the brilliant Martin Quinn this is our best album to date.”

Gilsenen said the group has benefitted enormously from working with Quinn, a multi-instrumentalist. “The egotistical producer will make your album sound the way he wants you to sound, not necessarily how you actually sound. Martin played in a number of our shows before taking this on, so he knew how we could perform and consequently got the best out of us.”

Since that collaboration, the group’s recorded sound has grown closer to their live sound. The singers have also got better at knowing when to sound ‘classical’ and when to sound ‘natural’. “This opens up a huge amount of great songs to us and has possibly led to a more consistent sound,” Gilsenan said.

Gilsenan himself grew up on a farm in Meath, a county bordering Ulster.

“Meath was just far enough away from Dublin, the old centre of English rule, to hold on to its more ancient heritage, while being fairly open to the more English influences too,” he said. “Growing up, I was steeped in Irish traditional music; song and dance, but I also went for piano and singing lessons under the watchful eyes of the nuns in our local convent. The result was a pretty eclectic set of musical tastes which all thrive in my musical core.”

He got into music as a little lad thanks to a school teacher. “She was like a talent scout for the parish school and church and I was collared at around age six. Rural Ireland in the 1970s was still pretty retrospective and deep in recession so there was a huge amount of community-based talent shows, many of which embraced traditional style music. I did a few of these in solo and group singing competitions. When I was around 12, I inherited a record player from an aunt who had emigrated. This machine opened the floodgates musically for me.”

Today, when he and the other Celtic Tenors need to focus on recording, all three singers arrive with something prepared. “We then get around the piano and jam and pull it apart and stick it back together. The next step is our laptop and mic where we get to hear how corny our day’s work actually is and start rebuilding again,” Gilsenan said. “Then we put it on its feet in front of an audience. If it passes this test, we still refine and refine. If we get it into the studio, that’s where the final touches come and the roadmap for performance is made.”