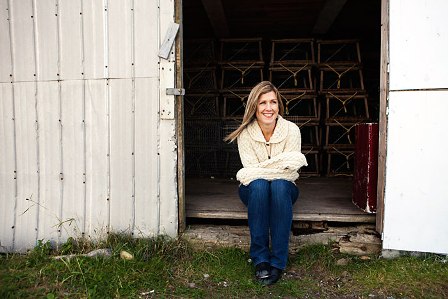 Sabra MacGillivray is one of Atlantic Canada’s leading ambassadors of Highland and Scottish step dancing. Tonight, her troupe – the Celtic Touch Dancers – will be performing in Hawkesbury, Nova Scotia as part of the Celtic Colours opening night gala!

What are your own roots?
I am Scottish. Both my parents are of Scottish decent.

How, when and why did you get involved with dance?
I started highland dancing because my sister highland danced. I was 5 years old. She went to Janice MacQuarrie for highland dancing lessons, and I wanted to do the same. I had a very musical family. Both my parents played musical instruments, and they got my brother, Troy and sister, Kendra involved in music and dance at a very young age. My sister played the fiddle, and my mother accompanied her on the piano. Eventually, when my brother was old enough, he started playing the piano with my sister. I used to go to the Gaelic College in the summers for highland dancing, and was introduced to step dancing lessons. It was then that I started to step dance with Kendra and Troy in concerts.

Are they the same reasons you continue to do it today?
My love for dance is still as strong as it was when I was a young girl. Having experienced first hand the opportunities and benefits that dance has given me, I strive to give these same opportunities to my students. I have a strong desire to keep the Scottish tradition alive through music and dance. And I feel there is a need for us to pass this on to our young people. I also know how important physical activity is in our young people. So, being able to stay active and learn about the culture at the same time seems to make sense.

How long have you been involved with Celtic Colours as a performer?
I remember the first time I performed at Celtic Colors was with my brother and sister, and that was the first year of the festival. We performed together several times. I also performed with Ferintosh. And my dance school, Celtic Touch Dancers, have been a part of the festival several years as well.

What do you like most about the event?
One of the greatest benefits of being part of the Celtic Colors festival is getting to share the stage with such incredible musicians from all over the world. Lifetime friendships are formed.

Why is it important for the community there?
The island is buzzing with excitement during the festival. The tourist season is extended well into the fall because of it. There is a huge sense of community around the festival which brings everyone together to celebrate Celtic music, song, and dance.

What is it an important gig for you as a performer?
It truly an honour to be a part of such a prestigious event. I cherish each and every opportunity to choreograph dances to musicians from all over the world and perform these dances live.

Is enough being done to preserve and promote Celtic culture generally?
There certainly is an increase in the preservation of Celtic culture. For example, communities have Gaelic road signs, there is an office of Gaelic Affairs in the province, and there are Celtic Studies in our local universities. Most recently, Gaelic Affairs has initiated a program that involves mentoring to beginner and intermediate Gaelic speakers.  From a highland dancing perspective, there is a great effort to keep highland dancing alive and well. There are so many other examples of Celtic culture being promoted in our region. As long as it’s thriving at a grassroots level, the culture will thrive.

What can we be doing better?
As long as people love our culture and tradition, it will carry on, and we will continue to pass it on to our children, and our children’s children.

What’s next on your dance agenda after Celtic Colours?
After Celtic Colors, my dance school is performing at Walt Disney World in Florida on New Year’s Eve!