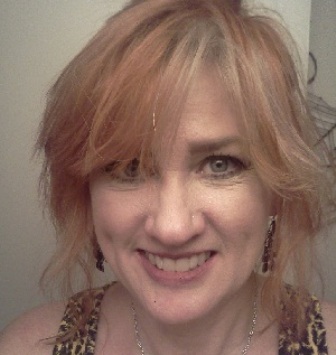 Laurie-Lee Mills’ friends call her “Brahva” O. Cwmevos, a Gaelic name which she received in a Celtic naming ceremony, meaning Woaded Brave daughter of the Glen.  Recently we spoke with the owner-operator of British Columbia’s Celts & Vikings store about her past, present and future.

What is your own background/ethnic heritage?
Mostly Scottish/Irish and Norse.

What inspired you to start the business?
I started out on a search to find out about my ancestors and their beliefs and along the way had a lot of people inspired by my finds that 1st Nations beliefs and Northern European are almost parallel.  Caucasian people have a fascinating nature culture as well as our own heartaches and brutality from being chased off our lands, to starvation and our migration to Canada and the USA and, to not even realizing that the Christian Roman beliefs also robbed us of our ancient beliefs and practices so much so that we ourselves had witch hunts trying to erase any history of our own which was the Druids and any other nature belief system across the world.

What are the challenges of the profession?
I guess for me it was trying to find Artists for suppliers as I wanted a store that was unique and not like the modern Scottish or Irish shoppe.  I wanted to take you back in time pre-borders when the tribes were everywhere.  I wanted to be the store that had everything in one place, from costume, to occupational tools, accessories, to weapons and home décor, tableware for their medieval feasts and more….so I made it happen.

What are the rewards?
Two things; pride in my heritage, and seeing the twinkle in someone’s eye when they catch the Ancestral calling or understanding as well.

What is the company’s core mandate?
I guess I would have to say that “We strive to make a centre where our differences are embraced and individuality is celebrated as part of the whole. We are dedicated to creating a safe community that helps connect people to their ancestors, giving a sense pride in their history, and thus bringing with it the skills and opportunities needed to build a world where all feel safe thus we can then empower others to make a brave new world, healing one person at a time.

What are your key products?
Medieval to Modern day Northern European inspired clothing, armoury, alternative kilts and jewelry as well as Gothic and Steampunk styles. We even sell Home décor, and accessories.  We also feature movie replicas of History or Fantasy based on Celtic or Scandinavian (Viking) mythologies such as Harry potter, Game of Thrones, The Hobbit, Lord of the Rings and Vikings and Outlanders tv series.  We even sold a necklace to the TV series Reign.

What is your marketplace?
We cater to all persons of all ages who ancestry comes from Northern Europe, SCA groups, movie and theatre industry, LARPers as well as the subcultures of nightlife like Goth, and Steampunkers as well Fantasy hats and animal totem accessories for Fantasy Festival goers.

How do you differ from your competition?
The 30 years Historical Scholar experience.  We can host special weekend workshops in ancient beliefs, the Bards we bring in to sing and recite poetry and story, and we can help you create the  most unique theme events for your small office party to the wedding of your dreams because everything is in one place and we can dress the part.

Are we doing enough to preserve & promote Celtic culture generally?
I do think we have some work to do as we are losing some of the languages in the more remote areas as the elders grow older.  We have uncovered some great new strides in understanding finds, from digs and ancient sites, thanks to Time Team and other great BBC episodes and documentaries.  Another great stride has been Mr Sykes in the DNA testing and to a fantastic 2005 documentary called ‘First Canadians”, showing Obijwe tribes are both Celtic and Asian DNA.

What can we be doing better?
There are 150 or more books just sitting there waiting for somebody to start the daunting task of translating them.  Maybe there are some fascinating stuff we are missing about their way of life or beliefs.  And secondly, to make people aware that their was a whole other belief system prior to Early Celtic Christianity and ours was completely different than Roman influence at one time.  Also to make people aware that in Sweden and many places our tribes also wore feathered cloaks and headdress, Mohawks, and slept in Tepees as well as shared a sacred pipe.  The only difference is that each Celtic or Scandinavian tribe had their own style.

What’s next on the company agenda?
I want to create a cultural centre for workshops and a Fantasy resort with 6 microhomes and mythology creature forest.  Anyone who can contribute and wishes to come help, I welcome you, and shall offer free weekend stay  for every $300 contribution or 2 days of manpower.