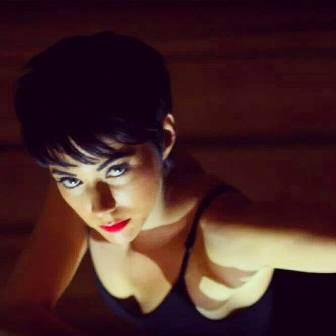 From the creators of the long-running smash-hit Riverdance, Heartbeat of Home had its world premiere in Dublin in October 2013 and is now touring to great critical acclaim. The stage production brings together a multicultural fusion of Irish, Latin and Afro-Cuban dance with spectacular backdrops using high-definition screens and digitally projected imagery.

The press reviews have been uniformly positive. The Toronto Star called the show “a stage-thumping success,” while The Irish Mail on Sunday raved that it was an “extraordinary show.” For its part, The Chicago Sun-Times cited the “ensemble of high-flying, scissor-legged step dancers led by Ciara Sexton (who springs into the air and just seems to sit there).”

Speaking to Celtic Life, Sexton takes it in her stride. “We have performed the show 45 times and the audience has stood up at the end of every performance. We are very proud,” the dancer says, noting that her involvement in Heartbeat of Home is very special for her. “It is exactly what I had been searching for – the chance to be a part of something from the very start. Being involved in the creative process and touring with it is the highlight of my career so far.”

That career so far has been pretty illustrious in its own right. Born and raised in Coventry, England, Sexton is second-generation Irish; her mother comes from Westport, her father from Ferbane. At the age of three she began taking Irish dance lessons at the Marion Turley Academy and was instantly hooked. “Having two older sisters who also danced was the main reason I wanted to attend lessons – fear of missing out!” she laughs.

By the time Sexton was 14, she realized she was in love with dance, especially performing. It was certainly evident that Sexton wasn’t lacking in talent. She won numerous competitions including five World and All-Ireland Championships. “I relished the time I spent on stage at nationwide dance competitions,” Sexton declares. “I realize how lucky I am to be performing for a living.”

Sexton began her professional dance career with the lead role of Morrighan in Michael Flatley’s Lord of the Dance. When Flatley did his return world tour in 2011, she appeared alongside him. Sexton also does choreography regularly for her hometown dance troupe, Celtic Feet, most recently touring with them in 2012 in their production of Excalibur – A Celtic Rock Opera. She also appeared again with Flatley in the 3D film version of Lord of the Dance.

In 2012, Sexton’s involvement with Heartbeat of Home began when Padric Moyles – the lead in Riverdance and current dance director for Heartbeat – contacted her. According to Sexton, Moyles explained the vision for a new show from the creators of Riverdance and then asked about her availability to participate in a three-week workshop. Sexton says she loves the show because “Heartbeat of Home is about celebrating the similarities in the cultures of the world, instead of highlighting the differences.”

Currently, Sexton continues to tour with Heartbeat of Home, but is also working on a Zumba-inspired application that she says will bring Irish dance to gyms around the world. Summing up, Sexton adds, “The world of Irish dance experienced a boom of interest when Riverdance hit the screens 20 years ago. I met so many dancers around the globe who were inspired to start dancing lessons after seeing Riverdance. We hope that with Heartbeat of Home, we can inspire the next generation.”