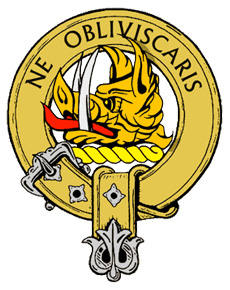 In 1960, when he was 15-years-old, David Stedman’s paternal grandmother took him to Scotland and bought him his first kilt. The young man often wore it at high school and later at Dartmouth College.

“She was very proud of her Scottish heritage. It was her grandmother, Elizabeth Campbell, who is my connection to the clan,” Stedman says. “And our family tree is studded with Campbell Weirs and Duncan Campbell Weirs.”

The kilt, along with another trip to Scotland in 1983, obviously left a lasting impression on the young man who today is the president of the Clan Campbell Society and who himself has brought a dozen family members into the society. The trip in 1983, that was also so seminal in involving Stedman with the clan, was a two-week trip to the Campbell lands in Scotland where he met hundreds of Campbells from around the world, including then clan chief, the Mac Cailein Mor and the 12th Duke of Argyll, his wife and children.

According to Stedman, the Clan Campbell are descendants of the warrior Diarmaid O’Duibhne, a quasi-mythical member of the Irish followers of Finn MacCool, who slayed the enormous wild boar whose head may be seen on the clan’s badge. In the 13th century King Alexander II brought the family to Argyll on Loch Awe. The surname “Cambel” or twisted mouth, was apparently the nickname of a member of the family who suffered from a torticollis at the neck, which made his mouth lopsided.

The Campbells absorbed many other clans and the surname is the fifth most common in Scotland. In North America, some 45,000 have the name in the United States and another 5,000 in Canada. More than five million people consider themselves part of the clan and the clan counts the famed poet Robert Burns as one of its own.