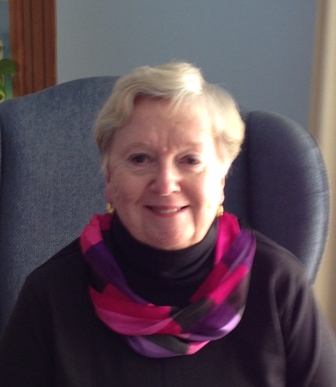 Come rain or shine, the organizers of the Colonial Highland Gathering promise good times and great memories in Fair Hill, Maryland this weekend. Board president Leanne Stell gives us the details from Delaware.

What is your own ethnicity/heritage?

My father’s family heritage was German and Welsh. My mother was first generation in the United States, her parents were from Scotland. My sister and I visited the village in Scotland where my grandfather was born in Larkhall, a village 14 miles southeast of Glasgow. My mother was very proud of her Scottish culture and passed that along to my sister and me.

I was always very interested in anything Scottish and we began attending the Scottish Games of Delaware at Fair Hill in 1965. I felt it was important for my children to become familiar with their Scottish roots and what better place than the Games. I began volunteering with registering pipers, drummers and pipe bands. My daughters started as teenagers volunteering and still do. Eventually I was appointed to the Board of Trustees further involving me in the Games.

The Games were founded in 1960 and have steadily grown. Our average attendance is between 11,000 and 14,000 people. The founder of the Scottish Games of Delaware was Maclean Macleod who wanted upon his arrival in America, wanted to bring his love of Scottish culture to our area with bagpiping. It has expanded into piping, drumming, pipe bands, Highland Heptathlon Heavy Athletic, Highland dancing and Scottish fiddling.

Who attends the event?

The Games draw people of all ages and ethnic backgrounds from as far away as New Hampshire, Florida and Canada. For many the Games have become an annual family event.

What can they expect this year?

This is our 54th year. The Games will be held on Saturday, May 17, 2014 from 8:00 a.m. to 6:00 at Fair Hill, MD. We will be holding a Grade 2 pipe band competition. Grade 2 designation means they are the second best in the pipe band world. The four attending bands from Metro New York, the Stuart Highlanders from New Hampshire, City of Washington and The Ottawa Police Band from Canada. Three of these bands have never completed against each other. The Eastern United States Pipe Band Association is bringing an ensemble judge from Scotland to judge this competition. There will also be Scottish entertainment from Rathkeltair, North Sea Gas, and Charlie Zahm. Sheep dog demonstrations, and a large Clachnan (Village of Clans). There will Celtic wear and food from an assortment of vendors.  For those attending there will be two massing of the pipe bands – one at mid-day and one at closing

Will you remain involved with the Celtic community there?

I am currently the President of the Board of Trustees and the Games Day Coordinator.  Each year I have gained a greater appreciation of just what the Scottish Games of Delaware do to educate the members of our community and how proud I am to be a part of that. I plan to be with the games as long as I am able.

How else are you involved in the Celtic community there?

During the course of the year, I am working on planning the next year’s Games and touching base with local community folks to be involved in the upcoming year. We advertise on a billboard located on I-95 in Delaware which has proven an increase in attendance and knowledge of the Games. We have local media coverage via newspapers, various publications, television and radio.

I think the Delaware Scottish Games at Fair Hill keeps the community aware of who we are and what we do each year. We also sponsor our young pipers, drummers and dancers to attend various piping, drumming and dancing schools in Scotland and to compete in competitions here in the states.

Always keeping the Celtic culture up front in all of your publications and press releases, seeking out leaders in the various Celtic organizations, interviewing them and highlighting what their particular event will be for the year. Pictures are worth a 1,000 words, so using pictures of bagpiping, massing of the bands, Highland dancing, Scottish athletics – there can never be too much of the Celtic attire!