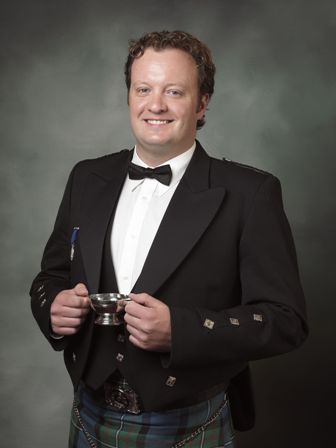 It is interesting to note with all the interest in and demand for single malt Scotch whisky in the world, that blended Scotch still accounts for the majority of all Scotch whisky sales. Single malt fanatics eagerly wait for one-off single malts from their favourite distilleries, but it is the blends that pay the bills for most drinks firms. Over the course of the 20th Century a number of enormous juggernaut blended Scotch brands have emerged, like Johnnie Walker, Chivas Regal, Grants and Whyte & MacKay.

Together they own more than half of Scotland’s malt distilleries. But there are some smaller boutique blends out there too, like Campbeltown Loch, Duncan Taylor’s Black Bull and of course, Compass Box.

John Glaser, a Minnesota born former master blender and marketing executive with Johnnie Walker, established Compass Box Whisky in 2000. When his proposal to establish a boutique blending division in the Johnnie Walker stable was turned down he decided to go it on his own.  Glaser left with all of his bridges left intact, and contracts for the whiskies he wanted to work with, most of them which his former employer owned. His vision was to create small batch, handcrafted blends and introduce some innovation and excitement into the blended whisky category.

Compass Box produces and bottles three types of Scotch whisky: Blended, which consists of both grain and malt whiskies, such as their Asyla and Great King Street blends; blended malt, formerly known as vatted or pure malt, which is a blend of malt whiskies without grain, like Peat Monster and Spice Tree; and blended grain, which is a blend of only grain whiskies, such as Hedonism, the only regularly available blended grain Scotch in the world.

The portfolio has expanded over the years to include a number of highly acclaimed one-offs like the Hedonism Maximus, a very old blended grain Scotch whisky. Late last year they released The General, an old and curious whisky blended from two parcels of casks acquired by Compass Box. Thirty-three and 40 years of age respectively, the casks in the two parcels contained whiskies blended decades ago, presumably for a young blend, returned to cask to marry, and then promptly forgotten. The blend is stunning and has already gone to score high praise from a number of respected reviewers.

One of the innovations Glaser wanted to bring to the whisky world was the use of inner staves. Common in the wine industry, staves increase the spirit’s exposure to oak. Glaser wanted within one cask to combine the best elements of American oak (honey, vanilla and white fruits) with those of French oak (decadent spices and darker fruits). Glaser  modified the design slightly, putting French oak heads on American oak barrels. The result, Compass Box’s Spice Tree, is a whisky with an intense but balanced spiciness laid over a base of creamy vanilla, honey and malt.

Fourteen years on Compass Box Whisky is only just catching its stride with a growing stable of unique blends, and a great team behind them. Whisky boffins the world over, many of them former single malt snobs, now wait with bated breath to see what they’ll release next!

Great King Street Artists Blend One of the best value Scotch whiskies bar none, it is soft, fruity and creamy with subtle toasty spices. $50

Hedonism The only regularly available blended grain Scotch whisky can be summed up with one word, decadent. $95

Spice Tree Rich and spicy with a creamy base, this blended malt Scotch lives up to its name and then some. $65

Peat Monster Floral earthy peat mingles with honey and soft fruit notes in one of their flagship blended malts. $60