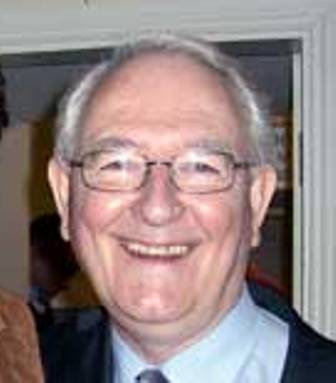 Courtney Pine, Billy Cobham, the Mingus Big Band and Nile Rodgers are just a few of the big names on tap for this weekend’s Guinness Jazz Festival in Cork, Ireland. Program Director Jack McGouran gives us the details.

What are your own roots?
I’m a Dubliner – father from Dublin City and mother from Longwood, Co. Meath. My surname originates from the Tyrone/Cavan area.

When and why did you get involved with this event?
I’ve been programming the Festival for almost 30 years. As an avid jazz fan I was one of several people who developed the Guinness sponsorship link to the event in 1982. At that point, I was a sponsorship consultant to Guinness.

What are the challenges of being involved?
Getting really top international jazz headliners within budget is a challenge but we are very lucky to have a sponsor of Guinness’s calibre and financial muscle. This has enabled us to maintain high programming standards. As an island nation, we are not often on the route planning for major artists say, compared to the UK, but we have overcome this in recent years as virtually all the jazz stars want to play in Cork due to its world-wide fame.

What are the rewards?
In partnership with a hardworking local organizing committee, Guinness has been able to build the event into one of Ireland’s flagship festivals and one of the best and most successful jazz festivals in Europe.

Why is it an important event for the community there?
Economically it is bigger than Christmas to Cork, bringing in millions of euro to the local economy each year. For 2013, we expect 40,000 people to attend.

What can attendees expect this year?
An eclectic mix of jazz and jazz related music – a broad ranging menu of top jazz combined with the superb atmosphere of a vibrant, festival city. Over 90% of the music is free of charge. There is a big Fringe element and a Jazz Camp for students.

What’s planned for the festival next year and in the years ahead?
More of the same, it’s a hugely successful and well proven festival formula.

What’s the jazz scene like in Ireland?
It is quite vibrant at the moment, fuelled by an influx of overseas musicians now living here.

How has it grown through the years?
The jazz scene has been helped by the success of the Cork event – which has allowed Irish musicians to showcase their jazz talents in front of international audiences, festival organizers and agents attending the festival through the years.