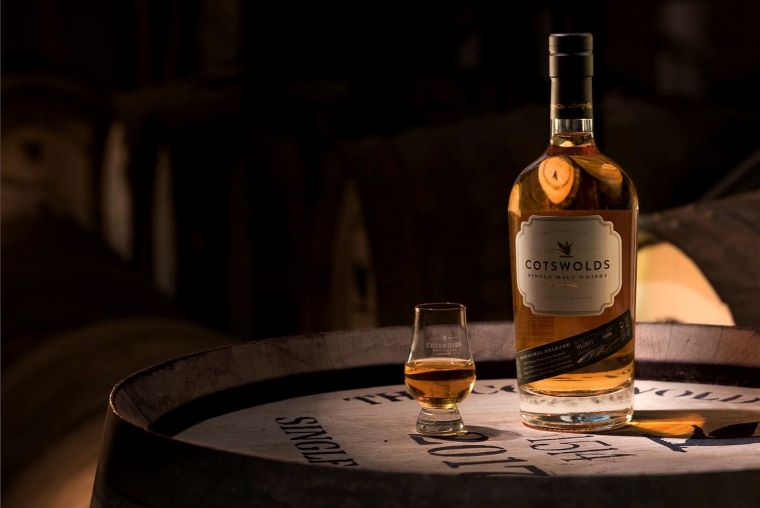 The Cotswolds Distillery is the passion project of Dan Szor, a native of New York living in London, who forfeited a career in high finance to follow his dreams. During his time in London, Dan fell in love with both Scotch Whisky and the bucolic countryside of the Cotswolds, an idyllic rural region bout two hours northwest of the English capital, where he kept a home.

Like many, Szor was enamoured by the story of Bruichladdich’s revival in the 2000s. In that distillery’s frontman, Jim McEwan, he found a kindred spirit. On several occasions, Szor mentioned to McEwan that he had a dream of opening a whisky distillery in the Cotswolds. During one of these meetings, McEwan simply asked his friend, “so, what’s stopping you?”

Soon after, Szor acquired an estate with two derelict stone buildings in Shipston-on-Stour in the northwest of the Cotswolds. The buildings were little more than empty shells, and it took great effort to convert them into a functional distillery. Szor worked with the late, great distillery consultant Jim Swan on the project. Swan was a 40-year veteran of the Scotch Whisky industry, who had lent his name to a number of other notable upstart distilleries, including Kilchoman on Islay, Penderyn in Wales, Kavalan in Taiwan, Lindores Abbey, Milk & Honey in Israel, and Victoria Caledonian on Vancouver Island.

One of the biggest holdups for upstart distilleries is the sourcing of proper equipment, which can often take years. Luck was on Szor’s side, however; a cancelled order at Forsyth’s – a maker of copper pot stills in Scotland – gave him an opportunity to quickly slide into the middle of the cue. 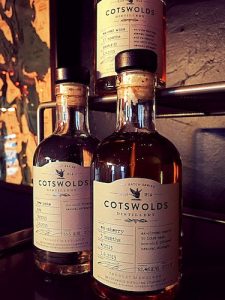 Both the distillery, and its visitor center, were up-and-running in September of 2014 and have welcomed visitors each day since.

Working with Dr. Swan, the facility fine-tuned its processes to create a soft, fruity spirit. Cotswolds employs a prolonged fermentation – at least 4 days – which is much longer than most distilleries. As Szor says, “the fruitiest esters come from rotting fruit” – think of an over-ripe banana.

Cotswolds makes its whisky gin from locally-sourced barley, traditionally floor-malted at Britain’s oldest commercial maltsters, Warminster. The first limited whisky was released late in 2017, with a more widely distributed bottling released in 2018. Each item notes the farm that the barley was sourced from. The newly-made spirit is matured in a mix of ex-Bourbon, ex-Sherry and Jim Swan proprietary STR casks. The whiskies are bottled at 46 per cent, without colouring or chill-filtering.

Both the whisky and gin from Cotswolds Distillery have racked-up their share of awards. The gin is made with 10x the botanical load of most gins, packing it with oils and flavour, and was ranked the World’s Best London Dry Gin at the 2016 World Gin Awards. The Cotswolds Founder’s Choice Whisky was named the Best English Single Malt at the World Whiskies Awards 2019. The flagship Cotswolds Single Malt also showed well at the same ceremonies, earning a Gold Medal.

Recently, with operations having outgrown its facilities. the distillery opened a new visitor center, with an expanded shopping space and café for visitors, and dedicated spaces for tastings. After just four years in business, the site now receives over 150,000 visitors annually. Its product offerings have also grown to include a cream liqueur, absinthe, bitters, along with other spirits and liqueurs. The company also operates a small network of shops throughout the Cotswolds region.

Although Szor’s passion project may still be a work in progress, its early successes are a testament to his work ethic, business acumen, and vision. Cotswolds is one in a new wave of English distilleries trying to make their name in the fiercely competitive world of spirits. And though it may not have been the first, Cotswolds is certainly leading the pack.

The distillery is close enough to London to make it a viable day trip. It is a bit of a trek from the nearest train station, so I recommend renting a car. Consumers in Alberta, British Columbia, and Chicago should be able to find Cotswolds’ gin and whisky at area retailers. The cream liqueur is also available in Alberta. Wider North American distribution is expected in the years ahead. ~ Story by Andrew Ferguson