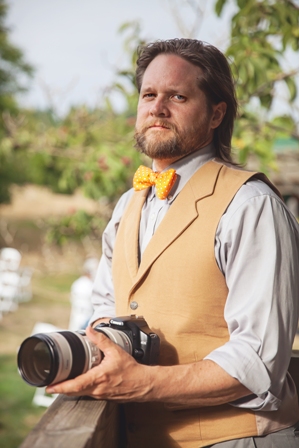 In the second installment of an exclusive two-part interview, philosopher, professor and entrepreneur James Acken opens up about his company Cultúrlán and about the state of Celtic culture today.

What are your thoughts on the current Celtic marketplace?
Well, it’s easy to be critical so I’m going to try and put this in the most positive terms that I can. I think that there is an amazing, awe-inspiring opportunity for those of us interested in promoting Celtic culture to make a concrete, historical difference through our activity on the free market. Traditional Celtic stories feature magic, sex, and violence while promoting cleverness, social duty, and generosity. Celtic art was some of the most technically proficient and gorgeous in all of Europe. What in there isn’t marketable? It is easy, though, to get caught up in the kind of politicized glamour of late nineteenth century nationalism and all the stereotypes that go along with that — the drunken, brawling Irishman beside the ethereal, elfen waif shrouded in the Celtic Twilight. I love the movies Darby O’Gill and the Little People and Braveheart, but I can’t look at them as examples of Celtic narrative and culture. Seachd: The Inacessible Pinnacle on the other hand represents a huge stride forward cinematically, but there needs to be a groundswell of cultural actitivity to support further progress for Celtic culture in every area of the market. Games, clothes, food, books — it’s all open territory ready for a new Celtic invasion, but it has to be grounded in genuine tradition, and that means going back to the culture as it was before the dismantlement of the seventeenth and eighteenth centuries. There is also a peculiar facet of Celtic history that often gets overlooked. Our modern society has as its foundation an economic system that really took shape during the seventeenth and eighteeth centuries — the very same period when Celtic culture was being deliberately dismantled and dispersed by hostile political forces. This means that Celtic culture did not have the chance to respond organically to the socio-economic changes that were taking place, so it is up to those of us who are interested in promoting Celtic culture to find ways of making it work in the current economic landscape. Personally, I don’t think it will be that hard as Celtic culture has so much to offer in every arena, but it means that we need to work hard building stronger continuities with our Celtic past in very creative ways, mindful of the last few centuries’ impact.

What are your thoughts on the state of Celtic culture today?
The state of Celtic culture is, I think, reflected best in the state of its languages. While there is a lot of affection for and interest in learning the languages, there is a pervasive feeling that they’re not really useful anymore. The Gaelic language developed a highly sophisticated legal, philosophical, and literary terminology and offered one of the most elaborate and beautiful poetic systems in the world. (It was Gaels, after all, who taught the Anglo-Saxons how to read.) It will be as useful as we want to make it, but without it Celtic culture will be limited to an add-on to “maintstream” culture — whatever that is. Ultimately, the legacy of the last hundred years will be that of post-colonialism with today’s Celtic music tracing its roots as much to the Irish music hall and Yeats’ Celtic Twilight as it will to ancient Gaelic tradition. Had the Gaelic language not suffered its two and a half centuries of debilitation, many of us would still be speaking it today. In such an alternate reality there would be untold number of dialects depending on region. The Gaelic of New York, Ottowa and Toronto might have had a very strong Irish influence, while the Gaelic of North and South Carolina, Georgia and Northern Florida might have had a much stronger Scottish influence. The Gaelic of the Appalachians and Mid-West might have been very conservative, while the Gaelic of the Pacific Northwest might have shown a vividly innovative form of Gaelic that drew equally on Irish and Scottish forms, but that’s not how it happened. Of course, its probelmatic coming up with this kind of alternate history because it must be based on the kind of agressive colonialism that was the bane of Celtic culture in the first place. The heritage of that colonialism is that the landscape we live in is still becoming increasingly Anglophonic, and a whole range of cultural developments are occurring that are drawing us further from our common Celtic heritage. It will be up to us to change that, to put Yeats in continuity with Tadhg Dáll Ó hUiginn and Muireadhach Albannach Ó Dalaigh, to establish how Lady Gregory can sit beside the scribes who recorded Lebor Gabála hÉrenn or the Táin Bó Cuailgne, to recast once and for all James MacPherson’s role as a creative artist rather than a literary forger.

What can we be doing better?
If I had to make only one suggestion as to how we could better promote Celtic culture, I would have to say that we need to be more courageous, more willing to take chances in revitalizing our Celtic heritage. Since the beginning of the nineteenth century there has been a deep feeling of inadequacy in Gaelic culture, both Scottish and Irish. It’s a feeling that the Gaelic language is somehow irrelevant to what’s going on now. I remember asking a member of Comunn Gàidhlig Bhancoubhair how their language nights were going. He responded that usually they get together and discuss points of Gàidhlig grammar, but in English. All the members were fluent, native speakers, but despite this they spoke English with one another as a default. This sense of inadequacy easily translates to learners, who idolize a given dialect. As a result, someone learning Munster Irish will balk when faced with a speaker of Ulster Irish, just as I’ve met learners who have discussed the merits of Uist Gàidhlig over Islay Gàidhlig, but again in English. Learners should never be afraid of making a mistake, just as fluent speakers should be almost aggressively creative with their use of the language. In fact, learners in the States, Canada and Australia should be able to look forward with confidence to a time when each geographic region will have its own dialect of Gaelic.

From your perspective, are young people still interested in their Celtic heritage?
Absolutely! I offer courses in Celtic mythology and literature, and there is always a waiting list. Every semester I get requests from students for classes in the language, but so far there has not been enough interest to convince the universities that such classes would be economically feasible.  In fact, I would say that the interest of young people is at an all-time high, though I don’t think that it always comes out in obvious ways. The popularity of fantasy books, movies and games can be easily connected to Celtic culture. We need a Gaelic Star Trek, and a Welsh Avengers, or more properly we need narratives and art forms that are true to the culture but taking it in new directions. This is the very definition of a living culture, and ours needs to be rooted in its language and its past even as it is unafraid to explore new territory. This is not to say that the more traditional expressions of interest have vanished. Every year students tell me how their grandparents are or were native speakers but their parents never learned it and their grandparents don’t really offer the chance to learn it. It’s heart-breaking to hear these kinds of stories, but they are incredibly common. That sense of inadequacy is literally killing generations of potentiallly native speakers who, unlike me, would have a direct connection to our Celtic past. If more popular media showed how relevant and useful the Celtic languages are then the situation might be different. That’s what I hope Cultúrlán will be doing, and I sincerely hope we start having some intense competition.