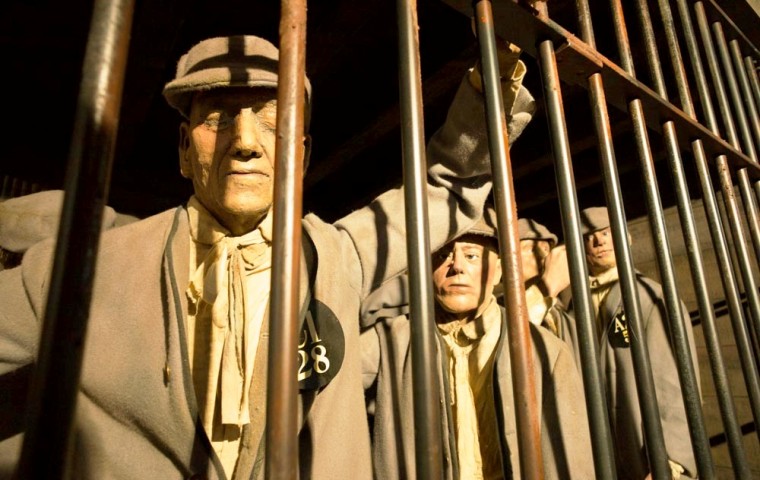 If you have ever taken part in a ghostly graveyard tour or visited any haunted houses, you have engaged in a bit of “dark tourism.” And, according to Dr. Gillian O’Brien of Liverpool John Moores University, that’s a tourism sector on the rise in Ireland.

“Dark tourism is tourism associated with death, suffering, incarceration and the macabre,” explains O’Brien. “The term ‘dark tourism’ is relatively new and mostly used by academics. Tourist bodies tend to prefer terms such as ‘contested heritage.’”

While the terminology may be new, dark tourism has been around for some time.

“For centuries, people have been visiting sites associated with death, suffering, incarceration and execution for their entertainment,” she notes.

“Thousands flocked to public executions in the eighteenth and nineteenth centuries. Madame Tussaud made a career out of grisly spectacles, opening her first Chamber of Horrors in London in 1802. In the United States, ‘dime museums’ were a mix of educational museum and freak show and attracted customers by advertising exhibitions where the paraphernalia of torture could be seen.”

Nearly every city and township has a shadowy corner to explore, making dark tourism something one can experience the world over. But Ireland, in particular, has a treasure trove of hidden historic haunts that would appeal to the morose curiosity of the morbid traveller.

“Just behind the Four Courts in Dublin’s city centre, the mummified bodies in the vaults in St. Michan’s Church Dublin have been attracting visitors since the early nineteenth century. It is said that one such visitor was Bram Stoker, the creator of Dracula, and some even claim that the mummies inspired his writing.” 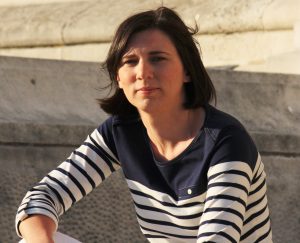 O’Brien is busy exploring the Emerald Isle’s dark corners as part of her latest research project.

“At the moment I am in the middle of what I am calling my ‘shadow tour’ of Ireland, visiting ‘dark tourism’ sites – a huge range of locations, from former prisons to workhouses to famine ships, graveyards and battle sites. The first phase of this project is to visit spots that have a museum or heritage centre associated with them, but later I hope to be able to include options such as the Black Taxi tours in Belfast – which tour sites associated with The Troubles – or the ghost tour bus of Dublin.”

Not all dark tourism attractions are created equal, in O’Brien’s estimation. She is concerned that, while most spots boast a legitimate educational and historic merit, the stewards of some sites try to draw in their visitors with shock value and little substance. That can pose an ethical problem.

“There are many shades of ‘dark’ tourism…the darkest are sites of death and suffering which focus primarily on education and historic interpretation, while the lightest are sites with a greater focus on entertainment. Each type of site poses different opportunities and challenges.”

It is tempting to associate ‘dark tourism’ – with ghost stories and turgid tales of crime and punishment – all in the name of fun. But sites like Auschwitz-Birkenau in Germany also count as dark tourism destinations, where people come to pay homage to the dead. Such sites demand a certain degree of respect, and O’Brien is concerned that that line between respect and fun can sometimes be blurry.

She takes no issue with travellers having fun when they visit Ireland’s more macabre milestones, but she is worried that their historical value might be overshadowed by the glamourous (or gory) details, especially for destinations whose historical societies are volunteer-based, non-profits that cannot afford to advertise or produce eye-catching installations.

“I think there is much that is wonderful about the tourism sector and there are some excellent dark tourism sites across Ireland. But I also have concerns about the ‘dumbing down’ at some sites and, more broadly, there seems an over-emphasis on branding and marketing which is often at the expense of the museums and heritage sites themselves.”

O’Brien hopes that a balance can be struck between that sense of fun and encouraging a real interest in the actual history – ghoulish or not – of these landmarks, and handling that history in an ethical and respectful way.

“The key reward is when someone visits one of these sites and leaves having learned something new and with an enthusiasm to learn more about the past. Ghoulish interest might lure many tourists to sites, but most sites make significant efforts to contextualize their history. While websites may emphasize gruesome executions, daring escapes and famous prisoners, visitors will get a much more nuanced experience in most cases. After all, there are always other stories to tell.”

O’Brien will be documenting her eerie excursions around Ireland in book form, and via several podcast recordings.