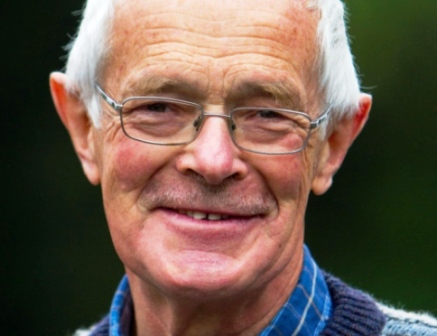 Even at age 70, Scottish orienteer Dave Prentice still had an unquenchable thirst for adventure.

The Scottish systems analyst, and avid outdoor enthusiast, had previously climbed Mount Elgon – a 14,177-foot peak in Uganda – several times. But in January 2015 the mountaineer was camped at 11,000 feet when he began to experience breathing difficulties. Guides carried him down the peak on a stretcher, but to no avail: the long-time adventurer succumbed.

“Dave will be missed for everything he brought to orienteering, his enthusiasm and ideas, his contribution to mapping as well as his long-term involvement with schools,” read a statement on the Scottish Orienteering website.

The association’s president, Roger Scrutton, recalled the climber’s devotion to inspiring school kids with a love for the sport. About 10 years ago, Prentice received funding to map the grounds of virtually every primary school in Perth and Kinross, putting in place the foundation for a successful, annual orienteering schools festival.

Scrutton further recollected, “In 2014 Dave asked if I would come along to Scone Palace to present a memento to the 10,000th participant in the festival. I think there were 100 teams of three at this final and what a heart-warming sight it was to see them scattered across the Scone Palace grounds, working in their teams, map reading, communication, decision-making…that is a fantastic legacy for school pupils in Perth and Kinross.”

Born in Nottingham in 1944, Prentice was known as “Mr. Orienteering.” The Daily Record reported that 28 years ago he and former world champion orienteer Steve Hale helped form the Tayside Orienteers. Prentice helped organize many of the major international orienteering events which took place in Perthshire over the last three decades, according to the paper.

His own love of travel dates back to the 1950s, when his parents took him on family holidays to the Alps, Norway and Denmark, among other destinations. According to his obituary in The Scotsman, complications with his tonsils as a young lad resulted in an operation that had part of his lung removed.

Yet that never hampered Prentice. He attended Birmingham University, studying commerce while joining the local climbing clubs. After completing his degree he became a computer and systems analyst, but The Scotsman shared that his working life remained secondary to his love of the wild outdoors.

“Constantly planning his next adventure, his urge to explore took him to many far-flung places of the world,” the paper noted. “Trekking, camping and climbing in the Alps, the Dolomites, the Pyrenees, the Rockies, Sierras and the Himalayas.”

He was passionate about his home country also; in 2013, Prentice undertook “bagging the Munros,” – a term used to describe the feat of having climbed all 283 peaks of the Munro mountains in Scotland, each a height of over 3,000 feet.

Along with ascending five of Mount Elgon’s six peaks in Uganda, Prentice had been involved with the local guides, helping them fundraise so they could develop a viable climbing tourism business in the region.

In the Daily Record, Councillor Bob Ellis praised Prentice for his devotion to the sport of orienteering.

“Dave’s work allowed orienteering to become family-oriented, helping a new generation of people get into the sport,” Ellis told the paper.

“His enthusiasm was immense,” Grassie said. “Dave would seek you out to chat about his latest plan, introduce you to a local councillor or landowner or just to natter. We will all miss his enthusiasm and passion for our sport.”