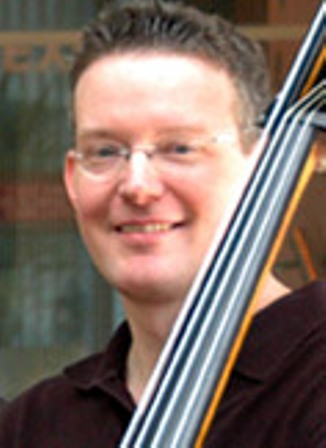 Halifax musician David Langstroth might be one of the busiest players in Atlantic Canada, with a myriad of projects on the go. Here, he opens up about his Celtic roots and about a very special show tonight in his hometown as part of Nocturne; Art at Night.

What is your own ethnicity/heritage?
On my mother’s side there’s lots of Scottish background with family names like Gordon and Aitken.  There’s even a Belgian mercenary in the mix who fought at the Plains of Abraham for General Wolfe.  My father knew less about his ancestors but the name “Langstroth” comes from northern Yorkshire in England, a place called “Langstroth Dale”.  Before that however it was most likely a Scandinavian name, brought to the British Isles in one of the waves of invasion by the Vikings.

When and why did you first become involved with music?
I started at the young age of 6 with piano lessons.  And then I had the good fortune to be in school in Halifax when Chalmers Doane was running the school music system which was the envy of North America.  Like thousands of kids I took up the ukulele and then I moved on to the double bass; from there I had the opportunity to play in orchestras, jazz bands and all kinds of fascinating groups.  I got involved in music simply because it was an irresistible force and the opportunity was there

Are they the same reasons you do it today?
Yes.

What are the challenges of the vocation?
The first challenge is to maintain and develop your musical skills.  It takes a constant input of time and attention just to stay in one place.  The bigger goal, however, is to keep learning and growing to develop new skills or to enhance old ones.  The second challenge is that it takes you away from your family for evenings, weekends and for longer when you are on tour.  The third challenge is that it’s very hard to make a living at it.

What are the rewards?
The music itself is a great reward.  Music has a huge importance to human beings at a very deep level which the neurologists are still trying to explain.   I don’t think you can find any culture in the world that does not have music.  To be part of a musical project, writing, arranging or performing is to immerse yourself in a creative world which takes you some other place entirely.  It can be a very profound experience.  And then there are the friendships you make with people who share that work and those experiences with you – as social activity music brings people together like nothing else can do.

What have been some career highlights?
There have been so many memorable moments.  I have been fortunate to have the opportunity to play with great artists like Pavarotti and Kiri Te Kanawa, the chance to travel and perform in exotic places, to play great music and to make lots of good friends.  I think, however one of the most memorable moments was a tour I did in the Soviet Union in the 1980s, when it was still a scary place to most Westerners.  We played in out of the way places like Siberia, and we were overwhelmed nearly every day by the power of music to bring people together.  People not only came to listen, but they came to play for us, to play with us and to take us to their homes and welcome us.  I’ve had other very memorable moments with Rhapsody Quintet since coming back to Canada.  Our trip to Italy a few years ago was a big event, and the community residencies we have done, working in small towns in Nova Scotia have been very important.  And I’m very proud of the CDs we have produced since I joined the group.

How did you get involved with Nocturne this year?
We have been working on the Sgt Pepper Album and we knew that Nocturne was the perfect place to put it on.  Peggy and Shimon Walt started making some phone calls and getting people interested and it grew from there.

What can audiences expect from your performance?
Audiences, I hope, will be enchanted a totally new performance of this collection of songs that changed the face of popular music.  They will hear songs that are rarely performed live, with much of the complexity of the original studio recordings.  For some of the songs the audience will hear the beautiful voice of Karen Myatt, and will see a new choreography by dancers from Ballet Jörgen Canada.

Why is it an important event for the community?
The music of Sgt Pepper changed everything.  It still sits at #1 on Rolling Stone’s list of all-time great albums.  Because the Beatles had stopped touring they were no longer constrained by having to write music that could be performed live on guitar, bass and drums and everything just creatively exploded.  In that album you have Indian musicians, symphonic musicians, you have electronic effects, atonality, mixed meters, unusual harmony and layers of complexity that had never been seen before in popular music.  This groundbreaking work paved the way for artists ranging from David Bowie to Pink Floyd, from Queen to Michael Jackson.  The album is now 46 years old, and is a classic in the same way as Beethoven or Brahms.  And yet, it is rarely heard live.  At Nocturne we will present a new interpretation of that music.  There are also two interesting connections to Halifax:  The first is that  Halifax’s own Jason Brown of the Dalhousie Dept of Mathematics and Statistics recently published a mathematics paper finally and definitively explaining a 46-year mystery – how the Beatles played that last chord on “A Day in the Life”.  Jason has been getting international attention for his work.  And the second connection is that the Art Gallery of Nova Scotia has recently received a huge collection of photographs by Annie Liebovitz, one of the most famous items in that collection being a photo of John Lennon and Yoko Ono.

What are your thoughts on the state of the arts in Halifax/Atlantic Canada?
I’m sorry to say that the Arts here are not as healthy as they could be.  There are brilliant people here working passionately in their fields but in most cases with very little support.  I worked for nearly 20 years in Cardiff, in the UK.  That’s a city slightly smaller than HRM, but a city with an arts scene that is so much more vibrant and active because it so much better supported.  Cardiff is home to a symphony orchestra more than twice the size of Symphony Nova Scotia which performs all year round, as well as an internationally respected opera house and two or three smaller chamber orchestras.  And that’s just the field I know best.  Similar comparisons can be made in the other arts as well.  In Halifax, we have just as much talent: you can find amazing musicians and artists with years and years of training and experience and yet they barely make a living.  Many eventually move away.

What can we be doing better?
People need to realize that supporting the arts is not a drain on the economy but is a wealth generator.  It has been amply demonstrated that funds invested in the creative sector not only enrich and expand the lives of our citizens, but create jobs and create wealth many times greater than the original investment.  Our communities become better places to live, tourism is fostered and everyone is better off.  All levels of government could do so much more to support the creative industries.  And I think people need to wake up to what they have in their community – go out to see a concert, go to a dance performance, get more involved in the arts.  If people stay at home playing computer games we will all be the poorer for it.

What’s next on your creative agenda?
I’m excited that Rhapsody Quintet will be going to Nova Scotia Music week in Sydney in November: we will be playing in the gala concert in collaboration with a great Nova Scotia band, just back from their tour in Europe.  I’m currently working on an arrangement to fit the two groups together.   It also appears very likely that this season one of Halifax’s best choirs will do the premiere performance of one of my compositions.  And, I’m looking forward to the release of Karen Myatt’s debut CD which was recorded only a couple of weeks ago and on which I had the great pleasure of playing.  Finally, I’m doing a composition course at Dalhousie taught by Jerome Blais and every week on that course is another creative challenge.