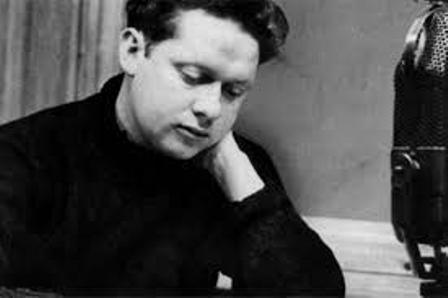 To ensure that Dylan Thomas does not go gentle into that good night, Wales has put together a diverse number of events to celebrate the Welsh poet’s centenary of his birth in a small house in Swansea.

The country intends to honour Thomas properly with a multitude of events designed to revitalize interest in his work and introduce him to a younger audience. Known as the Dylan Thomas 100, the festival will feature new television and radio productions, film projects, book publications, academic initiatives, original productions in theatre, music and the arts, a range of new Internet-based initiatives, and a pan-Wales education program.

Thomas was one of Wales’ greatest poets and writers. “His work enriched the English language and is still widely read and performed around the world to this day, resonating with an international audience through its universal themes and lyrical beauty,” according to the Dylan Thomas 100 Festival organizers. The festival will hold events in locations significant to Thomas’ life, in London, Oxford and America, and the British Council is putting on a series of international events throughout 2014 in Argentina, Australia, Canada, India and the USA and entitled Starless and Bible Black.

The author of such timeless classics as A Child’s Christmas in Wales and Under Milk Wood, Thomas had a hard go of making a living during his lifetime. A sometime journalist and broadcaster, Thomas’s hard-living ways eventually caught up to him. In 1953 he succumbed to a coma while in the United States. He is buried in Wales in a cemetery in Laugharne, where he once wrote in a shed, penning such lyrical words about where he looked out over “the elegiac fisherbird stabs and paddles in the pebbly dab-filled shallow and sedge.”

Today, visitors will have the chance to experience Thomas’s settings for themselves. Over the next 15 months, many of the events and performances will be held in and pay homage to the places in which Thomas lived. He called the fishing village of New Quay “the most precious place,” and Cwmdonkin Drive in Swansea (which he referred to as the “ugly lovely town”) was where, famously, he couldn’t tell whether it “snowed for six days and six nights when I was twelve or whether it snowed for twelve days and twelve nights when I was six.”

One of the feature exhibits is scheduled for Cardiff, where Peter Blake presents his illustrations for Under Milk Wood. One of Britain’s best known pop artists and designer of the Beatles’ iconic cover for Sgt. Pepper’s Lonely Hearts Club Band, Blake spent 28 years on the project, which is being exhibited for the first time. The exhibition features portraits drawn in black and white pencil on tinted paper, watercolours illustrating the dream sequences in the narrative and collage and photographs. A long-time admirer of Thomas, Blake says he’s always been fascinated by the play.

Generally, no shortage of events exists for the year. They range from productions of Under Milk Wood, to the play done as an opera. Literature Wales presents A Dylan Odyssey, offering a boat ride up the Taf Estuary with Guy Masterton, the actor and nephew of Richard Burton. Or you can ride a horse-drawn carriage with to Fern Hill with the National Poet of Wales, Gillian Clarke. These are among the one-off , residential day and half-day tours which illuminate the poet’s life in the settings that inspired him.

Some events might seem a little contrived: Swansea is hosting an Under Milk Wood Classic Vehicle Run of historic cars, trucks and the like. But for every one of those are meaningful celebrations of the poet such as Dylan Unchained: The Dylan Thomas Centenary Conference, which will bring together leading critics to discuss the work and influence of the poet. The Dylan Thomas Manuscripts exhibition showcases manuscripts of poems and photographs, among other artifacts. A number of specially composed musical pieces will also make their premiere at The Dylan Thomas 100 Trilogy Project.

Over at the website for the Dylan Thomas Society, Hannah Ellis Thomas, the president of the society and Thomas’s grand-daughter, writes: “My vision for Dylan Thomas 100 is that it will help promote and revitalize interest in my grandfather’s work, allowing new audiences to understand his complex and interesting life, and enjoy his many different types of writing, in particular…I hope that the centenary will leave a lasting legacy for Dylan Thomas, his work, and the places that inspired him.”