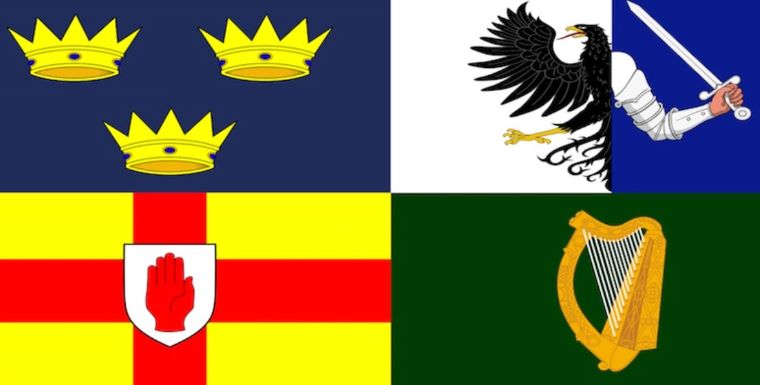 That the four provinces of Ireland began as loosely bordered kingdoms is something of an afterthought to most tourists, but each province is rich in a history that unlocks and often predates the time of the High Kings’ reign.

In modern times, the country has four provinces: Leinster in the east, Connacht in the west, Ulster in the north and Munster in the south. The Irish word for province “cúige” derives from the phrase “fifth part,” a hat tip to the historical fifth province of Ireland where Co. Meath in Leinster is now. The majority of the province of Meath became part the county although more northern areas were integrated into Ulster counties.

However, when the Normans invaded and occupied Ireland until 1541, the power of Ireland’s great families waned and the historic provinces of Leinster and Meath gradually merged into one. This was mainly due to the introduction of the “Pale,” the part of Ireland that was directly under the control of the English government. The “Pale” saw heavily colonization of Leinster, forming the province as we know it today. 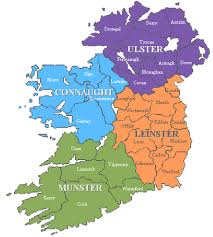 The provinces do not hold modern political or administrative purposes (unless rugby is your politics) and simply exist as historical and cultural entities. Sports organizations such as the GAA make use of the provinces to run provincial competitions.
Today, provinces split Ireland’s counties into sections that are different but share the common ground of beautiful landscape, ancient history and a myriad of attractions for first-time and seasoned visitors alike. Leinster contains the most counties (12) although geographical area is not aligned with this.

Connacht, the western province of Ireland, is famous for Galway City, but also for its breathtaking natural landscape, evoking the ethereal poetry of W.B. Yeats in Sligo and the unparalleled portrayal of life on the Aran Islands by J.M. Synge. Stunning seaside landscapes greet the Connacht visitor with Roscommon being the only landlocked county within the province.

Leinster is rich with medieval castles, sport, and theater, and is home to Ireland’s capital, Dublin City. The capital, a town originally founded by the Vikings, is rich in historical locations and cultural events to keep tourists entertained. Leinster is the most populated of the provinces and, due to the heavy colonization in this part of the country, it holds many fine examples of medieval, Norman, Georgian and Neolithic architecture.

Munster, being the birthplace of the modern Gaelic games, has a strong sporting heritage, especially hurling and rugby. There are many ancient castles and monasteries in the province. This coupled with the vast green countryside and three cities makes it a feature of the tourism industry.

Ulster, which includes the six counties of Northern Ireland, draws visitors to its unique feature of basalt columns rising from the sea at the Giant’s Causeway. The beauty of Ulster lives in the influence played by several different cultures: the Ulster Scots, the Gaels, the Normans and the Anglo-Normans. The province also contains Belfast, the capital of Northern Ireland and the birthplace of the Titanic.
The four provinces are diverse so whether Ireland is a destination of relaxation or adventure, each one always has something new – or thousands of years old – to discover.