Emigration in an Age of Austerity 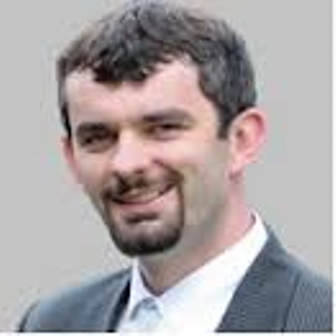 It sounds a little like Love in the Time of Cholera, Gabriel García Márquez’s wondrous novel, although the realities of Irish emigration during a recession are not nearly as uplifting as reading the great Colombian.

The report’s authors went for an epochal title. I am referring to the work of a triumvirate of scholars (Irial Glynn, Tomás Kelly and Piaras MacÉinri) based in University College Cork who recently published a book length investigation entitledEmigration in an Age of Austerity. Timely and topical, its subject is one that has touched everybody in Ireland either directly or indirectly—and many people outside our country as well.

Emigration has been with us immemorially. Before the foundation of the state, Irish people had been leaving en masse for the New World. The mass departure of Irish people is often attributed to The Great Famine, but Irish people had left long before that trauma as well. The theme of Irish emigration is unrelenting in our past, resulting in an expectation that one disappeared generation would enable, and even fund, the departure of the next.

Yet there was one exceptional period when emigration was not a de facto part of Irish life. During a tiny window in our contemporary history, the 1990s and into the noughties, emigration did not dominate Irish thinking or demographics. The country was gripped then by a contrary fervour: how best to integrate the arrival of immigrants into Ireland. With the popping of the economic bubble, however, Ireland fondly embraced the mass emigration that had been with us for over two centuries. It is this swathe of Irish emigrants that MacÉinri and his colleagues profile. This research is a valuable first attempt at chronicling the latest chapter of the Irish emigration story against the backdrop of past experiences of Irish emigrants.

We are informed that The Irish Times in an editorial published in the 1950s savaged De Valera for his government’s role in pushing people out: ‘De Valera’s reaction to emigration in 1951 was to blame the victim’ for leaving behind frugal comforts in search of material gain. Undeterred by such rumblings, successive Irish governments (whatever permutation the parties in power formed made no difference) contentedly sent Ireland’s youth into exile. As our former Foreign Minister, Brian Lenihan Senior, gnomically observed in the 1980s: ‘we cannot all live on a small island’. It is hard to trump that analysis unless one remembers that a relatively small island nation like Japan, the majority of whose land surface is uninhabitable, has historically always had minuscule emigration figures, and today 127 million people manage to live in Japan without falling through the floorboards. In voicing such views, Lenihan sang in unison with Irish governmental policy since the foundation of the state: they have all hoped that the road would rise to meet us.

This perspective epitomises current governmental policy too. Here is our Minister for Finance, Michael Noonan: ‘What we have to make sure is our young people have the best possible education, so that when they go, they are employed as young professionals’. Why does Noonan not even entertain the idea that he might rather incentivise young professionals to stay and give back to the country that nurtured them?

One emigrant who participated in the surveys that form the backbone of this report accused the government of being ‘bloody lazy-minded’ in setting great store in emigration as a silver bullet for Ireland’s woes. That criticism is not fully correct. While, certainly, the government’s thinking is lazy in not seeking to staunch the haemorrhage of people from our shores, the real problem is more profoundly rooted than in the government simply falling back on a disastrous policy.

Irish governments since the foundation of the state have blithely maintained a policy on emigration first formed by the British state. The Lord Lieutenant of Ireland, Lord Clarendon, wrote in a letter (7th August, 1847) at the height of the famine, that the mass emigration of Irish people would be entirely beneficial; he described how a policy to create employment oppourtunities abroad to lure Irish people away was necessary. Cleared of Irish people, Ireland would thus become an outsize game shooting estate for the English gentry.

Irish governments absorbed this British policy and, even today, Irish politicians consistently duck out of challenging the perception that the state should seek to retain rather than dispatch its population. It is a perception that has ignoble roots, and the faintly infanticidal malady of spirit that sustains it needs to be addressed before trends of Irish emigration can be reversed permanently.

Recent Irish arrivals in North America and the Antipodes are sharply aware of the enthusiasm with which the Irish government bid them farewell. They want to have a say in the way Irish matters are handled in the future, and they have begun to agitate to achieve that. So, appropriately, emigrants’ voting and representation rights are given ample exposure in this report. We are reminded that Fine Gael once tabled a motion of allotting three senate seats to non-resident Irish people: this generation of Irish abroad, which is highly educated, will not be palmed off with such a sleight-of-hand, the political equivalent of sending a monkey into space. Currently the strongest lobby group for adequate representation, Votes for Irish Citizens Abroad, is based in London. They focus on voting rights in Presidential elections as the entering wedge in the fight to have a voice in general elections.

These facts made for an interesting study of contemporary Ireland’s attitudes to, and experience of, emigration. But emigration impacts much more in the heart than in trends of sociological data and in the shifting sands of politics. Human stories, too, feature prominently in Emigration in an Age of Austerity. In my next column, I will return to this most fundamental dimension in Ireland’s narrative, and the emotional perspectives of emigration detailed in the report’s findings.