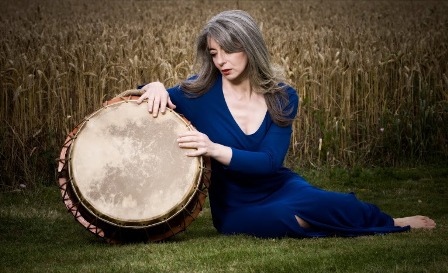 Glennie is a percussionist, but not just any percussionist. She is a triple Grammy award winner, who has recorded over 30 solo CDs. She has garnered more than 80 awards for her long-time career as a solo percussionist. In awarding her the prize, the Polar Music committee said, “Evelyn Glennie shows us that the body is a resonance chamber and that we live in a universe of sound.”

According to Glennie, she was “hugely humbled and inspired” to learn that she’d won the prize. “To be chosen from so many deserving people, from all genres of music, only makes me want to work harder, to make a difference and rise to the occasion. Accepting the Polar Music Prize is a great honour, for which I am extremely grateful.”

It’s certainly a favourable start to Glennie’s 50th year, one for which she has planned a number of special events to mark the occasion, each designed to celebrate the journey she’s taken and her career to date.

“To kick-start the festivities, I asked 50 composers from around the world to write 50 bars of music for solo percussion, which is the biggest commissioning exercise I’ve ever undertaken,” she enthuses.

Throughout the year, she’ll collaborate with a variety of other artists, working on several shows and scores, including one with Mark Knopfler and Hugh Hudson for a film titled Altamira. “Overall, it will be a busy year, with several world premieres of concertos taking place all over the globe,” Glennie notes.

This is all pretty heady stuff for a woman who grew up on a family farm approximately 25 miles north-west of Aberdeen in Scotland. If that sounds like the unlikely place to make a world class percussionist, then Glennie insists that it helped prepare her to be accountable at a very young age.

“Looking back on my childhood, I realize that being born into a farming family brought responsibility,” she recalls. “From a very young age, I helped to wean the young lambs and take care of those whose mothers rejected them. Helping the family as part of a team, chores were the order of the day for me and my two brothers.”

Farm life wasn’t without music. Both Glennie’s parents possessed a musical background, and the percussionist says music always formed a large part of her life.  “My father played accordion in a dance band. My mother played the piano at home and although she was not an organist, she played hymns on the organ at the local village church. I would sit on the hard wooden pew and absorb the church paintings as she played.”

Glennie points out that she was fortunate to be brought up in a time when family get-togethers were spent singing, dancing and telling stories. Poetry was even recited in the Doric or Buchan tongue, the dialect spoken in the north-east.

“We actually enjoyed power cuts in the winter time,” she laughs. “They added further excitement to our creative processes – when the lights went out and we just had candles to see by.

“Engaging with people is still an important thing for me,” adds Glennie. “It helps me connect with audiences and other performers and therefore with the music as well.”

Her school offered music education and she began to play piano at the age of eight, followed by the clarinet at age 10. After seeing the school orchestra play, she focused her attention on percussion. “I was so impressed and enraptured by the sound of percussion instruments that I immediately wanted to be part of it,” she recalls.

By the age of 12, she had lost 90 per cent of her hearing, but that didn’t stop her from setting her sights on becoming a solo percussionist. “After all, I thought the world was full of them!” she exclaims. “I learned several things along the way, not least through encounters with many kinds of prejudice. When people told me I would not become a musician, I felt the need to prove them wrong, which has taken me on a very interesting journey.”

Glennie asserts that every time she performs now she may be inspiring others in the same way she found inspiration years ago. “To me, planting the seeds of curiosity is a very important thing,” she says. “Obviously that’s perhaps easiest to achieve with percussion playing – sparking peoples’ interest in music making. However, my personal journey has taught me more than how to play percussion. I have other seeds I can plant. More and more, I’m investing in my vision to teach the world to listen.” 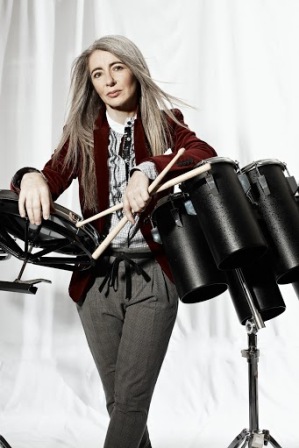 When it comes to composition, she draws on virtually everything and anything for inspiration. She says she’s able to find ideas in the form of a fresh spring day or from a warm fire on a winter’s evening. The percussionist says she enjoys trying new ways of striking an instrument or creating sounds. As a child Glennie recalls running a stick along a railing and listening to the variation in sound as she went along. She says that same childlike curiosity remains with her today.

Overall, she asserts that music is a very personal experience. “In general, I would say that a piece of music should create an emotional reaction in an audience. It doesn’t matter whether the reaction is positive or negative. The very fact that people have felt that connection means the music has done its job well. After all, the purpose of music is to ignite a feeling, an emotion, whatever that may be.”

As with any profession, Glennie’s comes with its own challenges. They include keeping things fresh and constantly updating her repertoire, and maintaining a good level of motivation along with a level head. “It’s easy to get sucked into a rather false landscape, either a negative one painted by your critics or an over-positive one, if you’re susceptible to adulation,” she notes. “In the end, learn to say ‘no’ occasionally. It doesn’t come easily to me, but sometimes it has to be done.”

By turns, the rewards of the job are great. Glennie calls the sharing of experiences between artists and audiences magical and profound. “I’ve been told I’ve provided enjoyment to some people and made a real difference to others. That’s an incredibly rewarding thing to hear.

“I’m constantly fascinated and heartened by the unique ways people make the most of their situations,” she continues. “This is especially true of children in difficult circumstances. In fact, working with charities is often very humbling, and being able to do that – to have made a difference to people in worse situations than my own – is perhaps the best reward of all.”