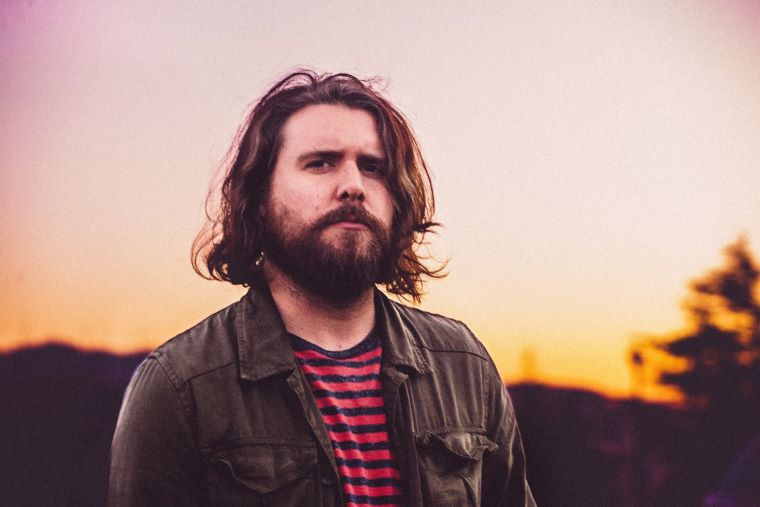 Born in Australia, Ewan Currie moved to Saskatoon in the Canadian Prairies at the age of 11. He co-founded alt-country rockers The Sheepdogs in 2006. The band has since released numerous studio recordings, toured constantly, appeared on the cover of Rolling Stone Magazine, and won an array of music industry awards. Recently we spoke with Currie about his roots, rock ‘n’ roll, and his latest solo effort Out of My Mind.

With a name like Currie, you likely have some Celtic heritage.
Yes, I have a good helping of both Scottish and Irish history on both of my parent’s sides of the family. Ewan, of course, is a proper Scottish name, and my brother’s name is Shamus. Those are kind of the giveaways. It’s funny; people in both Australia and Canada have always had a bit of a hard time pronouncing my name. However, I remember the first time we played Glasgow someone came up to me on the street and asked me “Excuse me, are you Ewaaaan Currrrrie?” in that rich Scottish brogue, and he made it sound so beautiful and melodic.

Were you in touch with the heritage growing up?
To be honest, not really. We were never really all “rah-rah” on that kind of stuff as a family. It wasn’t until The Sheepdogs toured over there – I remember seeing the long, low, ancient stone walls on the drive to Glasgow – that I felt connected. Interestingly, I also felt that tug on the heartstrings while hearing the bagpipes at my neighbour’s funeral, a proud Scotsman.

Have those melodies woven their way into your work?
I don’t think that I have ever sat down with the guitar and consciously tried to incorporate Scottish or Irish melodies into our songs. That said, I am almost certain that those influences are there. To some degree, it is unavoidable, given my own family’s history – I mean, who knows? Maybe these are things are unconsciously passed down through our DNA. And, really, the history of music in North America has been undoubtedly influenced by Scottish and Irish emigration. As folks from those countries crossed the water into Canada and the U.S. over the years, they brought their instruments and those sounds with them. Newfoundland and Nova Scotia are perfect examples of that, as are the southeastern states in the U.S. As a musical artist, as well as being a huge music fan, these are the kinds of things that fascinate me. 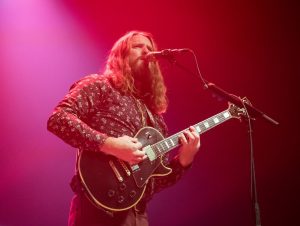 Was being a music fan the reason you became a musician?
Oh, absolutely. From a very young age, music moved me in a way that other things just couldn’t. I wasn’t into sports, and school was never really a big deal. I would come home from classes and just bury myself in recordings. I would listen to anything. Some of it didn’t do anything for me, but enough of it did.

Were there other reasons?
Yes, I liked being good at something and getting some recognition from my friends and family. And there were other motivations that perhaps I didn’t really understand until later on down the road – things like self-expression, and the freedom from self that I get from losing myself in the music. There was, and still is, simply no feeling quite like it in the world.

What happens when you sit down with the guitar?
Anything can happen. Haha. That is both the proverbial blessing and the curse, right? Some days I just feel like kicking back and strumming out some tunes for the sheer joy of playing. It is relaxing and therapeutic. Some days nothing happens. And then there are other days when inspiration strikes and there is a mad dash to get it down before it disappears. Those times are magical, when I feel gripped by the music – it could be something as simple as a single riff, or a melody, or one line of a lyric, or it could be an entire song. Often, it begins with that, and after there is the discipline of working it out and making something cohesive out of it. Of course, not everything is a million-dollar idea; I have probably thrown out far more stuff than I have kept over the years. But, every once-in-a-while there is a real gem – a tune that ends up working really well either in the studio or in concert, or both. Sometimes this process can take months, or even years before coming to full fruition. The art of it is making it all seem effortless, which it is not.

Was that the process that went into your new solo recording?
To some degree, for sure, though Out of My Mind seemed to flow pretty smoothly from start to finish. It was a very laid-back vibe all the way through, and I believe you can hear that in the songs. That is what happens when you surround yourself with good people in the studio though – musicians, engineers and producers who understand that a big part of the creative process is about getting out of the way and allowing the song to develop naturally and organically. It is actually quite cool to see a song write itself!

That is a big buzzword in music these days – organic.
I suppose it is. It is kind of ironic, though, isn’t it…given the incredible technology we have available at our fingertips today? The upside is that more people are making more music than ever before, which is beautiful. The downside is that the amount of crap music out there has skyrocketed.

Flea (bassist, Red Hot Chili Peppers) once said that there were only two types of music; music with soul and music with no soul.
Perfect. For me, it has always come down to this; a good song can stand on its own on a single instrument, whether that is a guitar, a piano, or whatever. If the basic structure of the piece is sound, then it will endure. If it has a solid melody, one that moves the listener and takes them somewhere, then it will endure. Most importantly, if it comes from an honest and heartfelt place, then it will endure. Look at The Beatles or The Stones; there is a reason why we still listen to their music to this day. I’d like to think that the songs on Out of My Mind incorporate all those elements, even to a small degree. 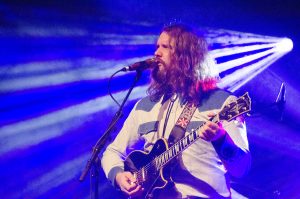 How have you evolved as a songwriter over time?
A number of ways; I think that my work ethic has always been pretty good, but I am much more disciplined than I was when I was younger and, because of that, I get more done in less time. I have also learned that I don’t have to hit people between the ears to reach them and that, in some regard, subtlety – whether musically or lyrically – affords me the opportunity to say more with less. I know that is kind of vague, but I have read or heard other creative people, in all disciplines, call this artistic maturity. And listening back to Out of My Mind with fresh ears I can hear those same three or four chords that I first learned way back when, only now I know how to use them and where they go. All that said, I am grateful that I still have a long way to go as a both a player and as a musical artist. The day I stop growing is the day I put the guitar down.

You are a bit of a guitar hound.
Ha. Yes, it is an expensive passion for sure. I couldn’t begin to tell you how many guitars I have owned through the years; Strats, Teles, Firebirds…I love a good, heavy-set Les Paul though. You can’t beat those for feel and tone. I have two that I play all the time, both 1973 models. And they look so cool!

Well, at the end of the day, it is still rock ‘n’ roll after all.
You know it brother! And if I have any kind of advice for younger people looking to get into music as a career, or even as a hobby, it would be to enjoy it and have fun with it. The music industry has changed a lot in recent years, and its tougher than ever to carve a good living out of it. So, if it isn’t fun, then it isn’t worth your time. And, if it isn’t fun then it ain’t rock ‘n’ roll.