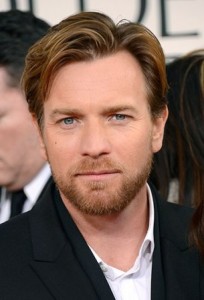 In this second installment of our exclusive conversation with Ewan McGregor, the Scottish thespian talks to Celtic Life International about bagpipes, moving to LA and what it means to him to be Scottish.

With a demanding schedule to cope with, McGregor, 41, took a well-earned four-month break after shooting Oscar-nominated South Asian tsunami drama The Impossible, which the father found emotionally draining.

Recreating the experiences of the Belon family, who miraculously survived when the disaster hit the Thai beach resort of Khao Lak on Boxing Day 2004, McGregor admits it’s his encounters with survivors since the movie’s release in January which he finds most effecting.

“There’s a woman I met in London who is a friend of a friend of mine who sat with me for three hours. She told me her whole story which was very similar to my character’s in the film, really. And she lost her husband, sadly, and they have three children.

“During the tsunami, her husband was separated from her and her two kids, much the same as I am separated from Naomi (Watts) in this film. So there were some kind of parallels between her story and the character I was playing in this, except that her story ended in a terrible way, which was incredibly difficult for me to hear. It stays with you.”

After wrapping domestic saga August: Osage County with Julia Roberts and Meryl Streep, McGregor will move on to Our Kind of Traitor, a bare-knuckle thriller opposite Ralph Fiennes, before shooting starts on a movie in Australia with new director Julius Avery.

“He is a brilliant young director who wrote and directed a film called Jerrycan, which is fantastic, and won the short film festival in Cannes and an array of other awards. I am making a film with him called Son of a Gun. He wrote it and is going to direct it too. It’s his first feature, and it’s going to shoot in parts of Australia for nine weeks later this year. I like to help foster new talent if I can; it’s important to me.”

McGregor recently played the role of the Scot in Jack the Giant Killer, a Hollywood revisiting of fabled fairytale Jack and the Beanstalk. With a rumoured budget of £250million, it’s his largest scale movie since the Star Wars prequels. It’s a clear turnaround from his initial reservations on big budget movies.

“And The Island was another big blockbuster film, but it was a Michael Bay film. And again it had something in its heart. It was a story about something, and the idea of cloning. I still like it.

“Jack and the Giant Killer, I didn’t do it because it was a blockbuster; I did it because I thought it was a good script. But I also have lived and learned. I am 41 now, and I have changed my attitude about some things since I was 22.”

“I think I’m a lot more relaxed. We Scots are renowned for a fiery passion that sometimes emerges before our brains are engaged. I love that, but I think these days I can be calm in what I’m doing. Scotland makes hard people, and I was probably too thirsty to climb the tree at times when I was younger.”

With so much accomplished already, what’s next for the Perthshire native?

“I’d just like to carry on. If it’s a dream about my career, it would be carrying on doing different kinds of films. I’d like to direct something. At one point, I could have pursued a book that I really liked and thought I wanted to direct it, but then I got the fear and didn’t do it. And funnily enough I got sent it sometime later to act in. And I’ve got lots of silly, crazy dreams, involving old vehicles and long distances.”

There are rumours that McGregor, who was recently nominated for Best Actor at the Golden Globes for his performance in Salmon Fishing in the Yemen, was fulfilling a lifelong dream by learning the bagpipes.

“Where’d you hear that,” he laughed heartedly. “Well, again, it’s the Scottish roots. I played in the McGregor Family Band as a boy and I’ve always been keen to learn so I thought, why not now?

“I’m hoping I can whip them out for dinner parties and get-togethers down the line… really get the party going. I want it to be my fun party piece.”

Is he having lessons?

“I’ve had a few and I think I’m coming along nicely, although my family isn’t quite so sure. I think they might stash them away from me. The pipes will mysteriously disappear!”

“I think Scottish culture is pretty unique, and most people the world over understand and respect that. We don’t need the fanfare or the extravagant marketing campaigns. We’re a nation that has always stood out from the crowd and that makes us really special in the eyes of the world, of that much I’m certain.”