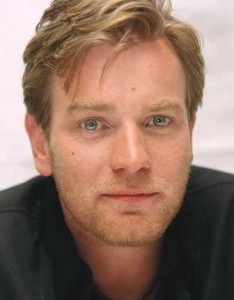 Perthshire native Ewan McGregor is one of the world’s best-known actors. In the first of this two-part exclusive interview, he talks to Celtic Life International about bagpipes, moving to LA and what it means to him to be Scottish.

Ewan McGregor has become something of a national treasure, yes. But for a man whose career has taken him across the galaxy, he has remained remarkably true to his Celtic roots.

In his breakthrough role as Mark Renton in Danny Boyle’s Trainspotting however, he delivered a rather colourful ode to what it means to be Scottish. His words went something like, “It’s shite being Scottish.” Words he stands by?

“It actually pained me to say that when we were filming Trainspotting,” he said. “I in no way stand by those words. I’m incredibly proud of my roots and will always be so. Anyway, I was also shooting heroin in that movie, and I’ve done many other questionable deeds as an actor. None of them however, reflect my actual life.”

Raised in Crieff, Perthshire, the son of two teachers, James McGregor and Carole Lawson, McGregor always wanted to act. His parents allowed him to leave school at 16 to join the Guildhall School of Music and Drama in London. Within a year, he was starring in the Dennis Potter television series Lipstick on Your Collar. Within two years, Shallow Grave arrived, and shortly afterwards came Trainspotting.

Fame was accompanied by all its disadvantages though. McGregor joked as he told the story of when he was strip searched by U.S. customs.

“It was just after Trainspotting had come out and the customs guy took me quietly aside into a booth. There was no doubt that he’d seen me in a movie about heroin and therefore assumed I’d be carrying heroin on me. I sort of took it as a compliment. Obviously I’d been quite convincing.”

Returning to Scotland after Trainspotting hit theatres was an interesting experience for the actor. “I was in Glasgow a few months later, having been in America shooting a movie, and people were calling out in the street, ‘Renton, RENTON’. Everyone wanted to take me for a pint. I found I was doing a lot of very fast walking, head down, because it was very difficult to wander about. But I guess it was lovely that a movie like that, which was so important to Scotland, had made such an impression and I was part of that. I guess it was weird and strange in equal measure.”

Does he accept the tag of being some sort of modern cultural ambassador for the country, following in the footsteps of Robbie Burns, Sean Connery and Arthur Conan Doyle?

“God, I hope not,” he said with a laugh. “I think there are many greater exemplars of a population than me. I suppose you could say I was a passionate devotee of the country, and I’m fiercely defensive of our great nation. I won’t allow anyone to talk it down, unless it’s done in jest.

“Most criticism is based in ignorance anyway.  Is there really anywhere more diverse than Scotland on this planet – the cities, the music, the arts, the tradition, the wide open spaces? It is a magnificent country that continues to punch well above where it should.

“It’s funny, but it’s a very Scottish thing to love the place more the less you’re there. It’s easy to love Scotland from afar. And yes, I do yearn for it. I yearn to take a motorcycle ride and lose myself in the Highlands. It’s the one thing I don’t often do. These days, I seem to talk about that stuff with ex-pats rather than actually do it. I guess it’s the idea of knowing I will one day do it again that really stops me from pining for it.”

In a 20-year acting career, McGregor has made nearly 50 films – an exhausting average of two movies a year. Some of the highlights include Moulin Rouge, Black Hawk Down, The Island and the Star Wars prequel trilogy, where he played a young Obi-Wan Kenobi.

Four years ago, he and his French wife of 17 years, Eve Mavrakis, moved to Los Angeles with their four children, Clara, 16, Esther, 10, Jamiyan, 10, and two-year-old, Anouk. It was a strange move for someone so staunchly proud of his roots, particularly someone who swore, some 11 years previously, that he’d never move to Hollywood.

“I didn’t have any desire to live in Los Angeles then,” he explained. “I moved to London when I was 18 and I just thought that this is where I live. But our friends here in LA said, ‘You should see this house,’ so Eve and I saw it and just fell for it.”

They bought their new home in 2005, rented it out, and stayed there now and again.

“And then every time we came to stay, we liked being here more and more and then we just decided – on a whim, I suppose – to try living here. And we like it very much. The truth is I have to go away to work, and Eve finds it easier to be here with the kids when I’m away.”

Does Ewan have any desire to move back to Scotland down the line? “I think it would be a nice idea in the future, but right now, our kids like the LA lifestyle and it suits us, but who knows? We change our minds all the time, the fickle bunch we are!”