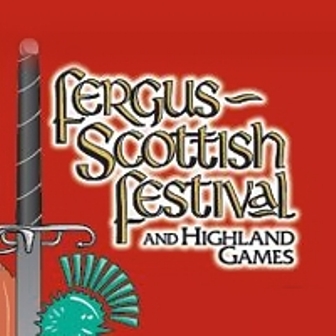 This weekend’s Fergus Scottish Festival and Highland Games is billed as “Scotland without the airfare.” At 69 years, the Ontario festival is one of the longest continuously run in North America, as well as one of the largest. David Radley, a spokesperson for, and volunteer with the festival, says Fergus offers all the main features of a typical Scottish Highland games, such as the heavy events, pipes and drums, Highland dancing, clan gatherings and more.

It’s the “more” that makes the festival intriguing. The extras include fireworks, a tribute to the First World War and even Guinness world-record attempts. No word on what record they might pursue in Fergus this year, but last year 50 men and women attempted to toss as many cabers simultaneously. Another highlight is the heritage tent, which includes spinning and weaving, Celtic needlework, fly-tying and sheep shearing. During the latter event, a professional sheep shearer “demonstrates the intricacies of shearing a sheep that weighs as much as a small man.”

Radley says the festival is important to Fergus because it celebrates the town’s Scottish heritage. “It brings the community together, with many locals involved in the festival, competing or volunteering. And it brings in trade and revenue for local businesses.” The visitors come from all walks of life, are all ages and ethnic groups and are from around the world, according Radley. “Some are heavily involved and knowledgeable with Scottish heritage and festivals and others just come for the myriad of entertainment opportunities.”

While Fergus is a small town, it draws a devoted core of volunteers who work hard to make the festival succeed, Radley adds. “Once you are involved with the festival and realize how many people put in so much effort and how much our visitors enjoy the weekend and the events leading up to it, it is hard not to want to continue to be a part of it.”