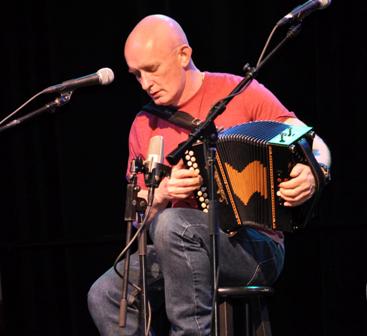 The Irish Temple Bar TradFest “has built its reputation as offering a chink of musical light in the dying days of January,” according to The Irish Times. Ireland’s top traditional music festival is celebrating its 10th anniversary this year. TradFest attracts thousands of attendees with its extensive line-up of folk, Celtic, nu-folk and rock acts from at home and abroad. This year, the festival boasts a massive amount of concerts and gigs, with talent ranging from legendary British rocker Donovan and iconic uilleann piper Liam O’Flynn, to the adventurously trad Beoga & Big Band and the stunning voices of Coda. Several days during the festival also feature free “front row sessions” at pubs and bars around the cultural quarter. Not only is the musical line-up eclectic—so are the festival’s venues, which include the House of Lords, City Hall, St. Patrick’s Cathedral and the Button Factory among others. To commemorate the festival’s 10 years, a gala concert at Dublin Castle takes place on the final night featuring some of the Irish capital’s best musical talent, including The Dubliners’ John Sheahan.

Savannah, Georgia has attracted several American presidents, including Truman and Carter, to their Saint Patrick’s Day celebrations.  Festivities like the world-renowned, three-hour, March 17th parade reflect the city’s significant Irish heritage. According to the International Business Times, the annual event attracts some 750,000 spectators, or more than five times the city’s population. The “Irish season” kicks off a month before with something equally as exciting: the Savannah Irish Festival. Founded in 1993, it is the largest event of its kind in the entire South. The family friendly weekend in the heart of historic Savannah features “traditional Irish music + laughter + dance.” Highlights include an interactive ceili where attendees are taught to Irish folk dance, four stages providing continuous entertainment including Celtic and Irish music, dance, storytelling and comedy, a kid’s zone with oodles of fun-filled activities, vendors offering up Irish crafts and fare, historical talks and more. In a Do Savannah article from last year (Festival brings best of Ireland to Savannah) the festival’s entertainment coordinator Jimmy Buttimer says, “The festival began as a way to bring in musical groups and entertainment from Ireland that locals had never seen before…We focus on culture of Ireland …and we bring in people who talk about the history of Ireland and the huge migration from Ireland to America.”

In the gorgeous seaside resort town of Porthcawl, Wales, Celtic nations converge for Cwlwm Celtaidd. The festival—its name is the Welsh for Celtic knot—represents the music, dance and other cultural expressions from Cymru as well as Ireland, Scotland, Cornwall, the Isle of Man and even Brittany, Asturias and Galicia. This year’s Wales’ Interceltic Festival includes more than 300 performers showcased in shows happening on two stages in The Grand Pavilion as well as the elaborate “Parade of the Celts” through Porthcawl’s Town Centre. Some of this year’s headliners include Northern Ireland’s Padraig Lalor, Scotland’s Shooglenifty, the Manx dance troupe Perree Bane and the Galician-Welsh fusion band Maelog. Additionally, the three jam-packed days of activities for all ages includes street displays, singing, instrument and dance workshops, music sessions that tend to turn into late nights at The Ancient Briton pub, and a Ceilidh on the beach. The final day of the Celtic knot festival coincides with Wales’ national Saint David’s Day.