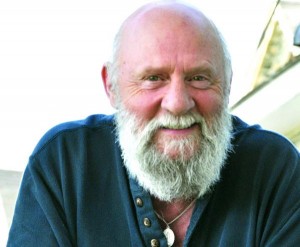 Rural decline in Atlantic Canada doesn’t sound like a subject with much international appeal, but rural decay lies at the heart of A Possible Madness by Canadian author Frank Macdonald, a book that’s newly nominated for the prestigious IMPAC International Dublin Literary Award.

In A Possible Madness, Macdonald explores the discord that erupts in the fictional east-coast town of Shean when a multi-national corporation devises a plan to exploit the last of the coal, at high cost to the community and ecology.

Shean’s depressed condition is a sad but familiar reality in many rural Canadian communities and very common on Cape Breton Island, Macdonald’s east coast home. Cape Breton is an area with a strong Celtic heritage, and it has bled people for generations as the young have traditionally left to seek work in Canada’s booming western cities.

“During many years of reporting for a weekly newspaper, the Inverness Oran, one of the recurring themes was the loss of population, the closure of businesses and schools and the general decline of economic activities in rural areas,” Macdonald told Celtic Life.

“Many of these communities fought back against the decline by trying to find new economic solutions that would allow people to stay, or at least have a choice. It struck me that in pursuing investment it was conceivable, even probable, that the resources those communities had to offer, natural or cultural, could attract corporate interests that had little interest in those communities, but in the profits that could be made from exploiting them.”

The book took a lot of research as the journalist in Macdonald wanted the engineering part of the story to be wholly believable. He also wanted the book to be a good read. “I aimed to tell a story that involved politics, journalism, corporate exploitation, and rural decline in a way that avoided early yawns. This I tried to accomplish by creating a rich cast of characters through whom most of the story could be told with humour and insights.”

The strategy seems to have worked as official reviews have generally been positive, and the feedback from readers has been glowing. Macdonald was pleased when A Possible Madness was made mandatory reading in the Masters of Business Administration program at the Edmonton campus of the University of Alberta.

“The rationale, according to the professor who designed the course, was that while Shean is a fictional town, there are hundreds of rural towns and villages facing the same challenges. Each student in the program was expected to read the novel then write a sustainable economic development strategy for Shean. What I appreciated most about this was that the professor had focused on the thesis of the story itself – that vulnerability of rural communities to corporate exploitation.”

The IMPAC nomination puts Macdonald among 150 English-language books from around the world to have been nominated by designated libraries (the winner will be announced on June 6th.) It’s actually his second IMPAC nomination in five years – his first novel, A Forest for Calum, was long-listed in 2007.

“It’s great company I’m in,” he said. “Writing a novel is a long, often frustrating process. I once heard Alistair MacLeod describe writing a novel as being like “walking to Vancouver”. (Macleod won the IMPAC for his 1999 novel No Great Mischief and, like Macdonald, spends a lot of time on Cape Breton Island, which is about 4,600km from Vancouver on the west coast.)

In addition to his journalism, Macdonald is well-known as a writer of short stories, drama, poetry and songs, but he came to novel-writing relatively late. “I hope I am far from finished,” he said.

When asked for advice, he tells aspiring writers to write and to read, “To devour the genre that you want to write in, but also sprawl across the spectrum. There are also some very good writers’ workshops available. As long as the passion lives in you, pursue it. I was three days past my 60th birthday when the phone rang and it was a publisher who wanted to publish my manuscript, not another publisher calling to say no again.”