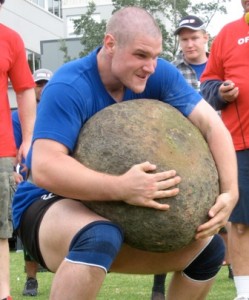 In the spirit of the Highland Games season, here are some fun facts about the festivities!

The Highland Games are believed to have originated in the 11th century when King Malcolm III of Scotland summoned contestants to a foot race to the summit of Craig Choinnich, overlooking Braemar, in a bid to find a fast royal messenger.

The Cowal Highland Gathering in Dunoon attracts 3,500 competitors and around 20,000 spectators, making it the largest Highland Games held in Scotland.

The Caledonian Club of San Francisco hosts the largest Highland Games in the Northern Hemisphere in Pleasanton, California, with over 50,000 spectators attending each year.

The Latin American Highland Games are held each year in Brazil in the southern city of Sapucaia do Sul.

Logs used in the caber tossing competition are routinely soaked in water before the event to add moisture and regain weight lost while they are not in use.

Highland dancing was originally a men-only event. However, in the late 19th century, the first women began competing. Today, 95 per cent of entrants are female.

At some French events, the traditional caber is replaced by a giant champagne cork.

Many people participate in haggis hurling – the contestant who throws their haggis the farthest wins.

A stick of explosive is tied to a blacksmith’s anvil and exploded into the air at the Prosser Scottish Festival and Games in Washington.

The Highland Games held each June at Ceres in Fife, the oldest free games in Scotland, began under a Charter awarded by Robert the Bruce in recognition of the villagers’ support at the Battle of Bannockburn in 1314.

The world record for the biggest bowl of porridge was set at the Cupar Highland Games in Fife in 2010. The huge breakfast of 690 litres of cooked porridge could feed 2,000 people and was more than double the existing record.

The first Highland games in the USA took place in New York in 1836.

The Braemar Gathering, which occurs during the first weekend in September, is the only games attended annually by the British Royal Family.

At the Bellingham Highland Games in Ferndale, Washington, you can hunt the Nessie eggs, where mini watermelons are hidden around the park. The lucky hunters can swap their precious Nessie eggs for prizes.