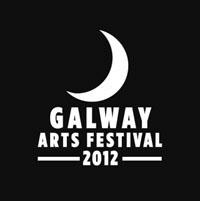 Situated on the west coast of Ireland by the Atlantic Ocean, Galway has long been considered a centre of cultural excellence. Galway is a vibrant university city with its city center, a labyrinth of winding medieval streets, squares and waterways.

Galway Arts Festival is Ireland’s largest international arts festival. Founded in 1978 it has grown into an event with a significant reputation where, in 2011, there were 162,000 attendances at 176 performances, talks and exhibitions in 27 venues over 14 days. The Festival showcases a wide variety of international artists alongside the best of Irish talent and includes music (popular, contemporary, jazz, world, classical and traditional), theatre (indoor and outdoor), visual arts, dance, talks, discussions, family events and comedy in its program.

The Festival has contributed hugely to placing Galway firmly on the map as both a key cultural centre for the arts and cultural tourism destination. In addition the Festival has founded and acted as a seedbed for a number of well known and established arts organizations in Galway.