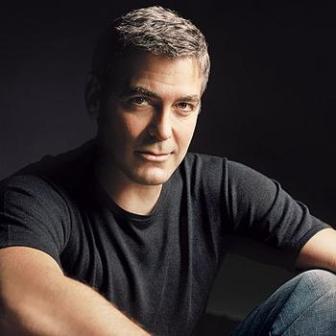 In part two of our exclusive interview with Hollywood legend George Clooney, the actor opens up about his latest film The Monuments Men.

Would you risk your life to save an object of great value if it came to that?
If my house was burning down and I was faced with the prospect of losing something deeply personal to me, like seeing the flag that been draped over the coffin of my uncle George, which is still folded in a triangle, being destroyed in the fire, I probably wouldn’t run into my house if that meant I would probably die trying to rescue it. You also might not want risk dying to save the Mona Lisa or any one particular work of art. But if you see some neo-Nazi thugs stomping on the American flag, you might feel compelled to stop that even if it meant risking your life.  There’s a larger principle involved.

How did Stout and the other art experts see their mission?
The men who went on the mission to rescue those art treasures understood that those works were of unimaginable cultural importance and reflected European identity and history itself.  Art is the timeline of our lives and we can trace our origins and see where we were as human beings. Those objects are all we have of our collective past. The mission involved saving the culture of that generation and that of past generations and societies.  When you lose those works, you risk losing your identity.

Did you try to balance telling the nobility of the mission with the actual danger and complexity of the mission itself?
We wanted it to be a fun ride. I didn’t want the film to be a civics lesson or hammer people with any message. There was a very exciting story to be told and of course we wanted to make it into an entertaining story that everyone would enjoy seeing and also try to make more people aware of the importance of what was at stake. We don’t have video clips or footage of the past. We have books that describe the past, but art serves an even broader function that reveals the legacy of human creativity. You might not go running into a burning building and risk dying by saving the Mona Lisa or some other priceless work of art. But that’s not what our film is about. It’s about not allowing the destruction of art works which define our history and our culture.

Recently a huge cache of looted art work was discovered in a Munich apartment.  Are you aware of that?
Yes. The Germans recovered about 1500 pieces that an art dealer with Nazi connections had had managed to amass. It was all stolen from Jewish families and I hope our film goes some way towards making it that much harder for people and museums not to return works that were stolen during the ‘30s and the war years. WWII was also the first war where the victors didn’t hold on to the spoils of war.  The Allies wanted to make sure that as much of what the Nazis had looted was returned to their countries. That was a very honourable and meaningful step in the rebuilding and reconstruction of Europe.

Do you hope that your film will also help encourage military leaders in future wars to pay attention to preserving art despite the destruction that wars involve?
We should be reminded of what we didn’t do in Iraq.  They lost a lot of their national heritage when we didn’t protect the museum (in Baghdad) and it was completely looted.

You asked Cate Blanchett to work on this film with you.  Are you friends with her?
I’ve admired Cate for years and I was very lucky that she was wanted to be part of the film. I first got to know her when we worked on The Good German together (which Clooney also directed) and I’d always wanted to do another film with her again. For me, Cate is one of the two greatest living actors in the game together with Meryl Streep.  I also knew that when it came to doing an accent she is on a par with Meryl in how her speech becomes so natural and effortless. You don’t notice the accent when she’s delivering the performance and that’s part of what makes her so great. She’s also fun and sweet to work with, her kids are on the set with her, and she just makes the whole experience of working on a film that much more enjoyable.

You’ve become close with a number of your female co-stars and other great actresses over the years?
I’ve been friends with Julia (Roberts) for a long, long time, I’ve gotten to know Meryl (Streep) over the years and I love her. And I’m happy for Sandy Bullock (with whom he co-starred in Gravity). So I’ve had the pleasure of getting to know a lot of wonderful, really talented women who are doing really well.

How have you managed to remain close to the same 10 guys including your producing partner Grant Heslov whom you’ve known since your early days in Hollywood?
We’re like an extended family.  We’ve been able to go on motorbike trips together, play basketball, and hang out for all these years because we value being able to maintain our friendships no matter what else has been happening in our lives.  That’s been very important to me and I can always count on them being there for me.

Your father Nick Clooney is one of the most important figures in your life. You cast him in a small role as your character’s older self in The Monuments Men.  How did your dad like that experience?
He wasn’t that crazy about the idea. I invited my parents to come on the set in Germany. My dad had served in the Army over there during the ‘50s and I had an idea that he could play my character as an older man since I need someone for that. He told me that I should just put some more grey in my hair. But I told him that if he’s no good, I’ll reshoot it with someone else. He’s still there in the film in the very last shot. But I played a little trick on him when I showed him a rough cut of the film when we were in Italy. In the shot, he walks off up the stairs and into the light of the church. Then, it goes to black. The first thing that comes up is a card that says, “In loving memory of Nick Clooney.” My dad’s like, “What’s wrong with you?” I go, “You know, it’s a long time ’till the movie comes out. It’s much cheaper to take this out than it is to put it in.”  He thought that was pretty funny!